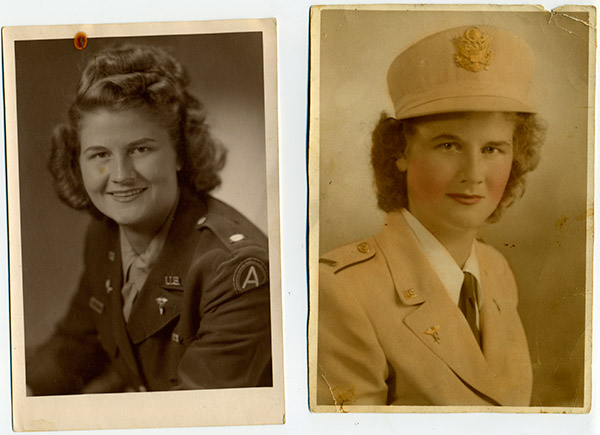 FRANCES LEE, former Army nurse was attached to a surgical unit working in field hospitals in France during World War II. She was in the thick of battles, captured by the Germans, and held captive for 12 days before being rescued by the 5th Infantry.

The surprise Japanese bombing attack on Pearl Harbor, Hawaii, destroyed the U.S. Naval fleet on Dec. 7, 1941, and propelled the entry of the United States into World War II.

Four years ago, a list of World War II veterans in Decatur County was compiled and printed by The Post-Searchlight in commemoration of Veterans Day. While the number of surviving veterans has diminished somewhat, contact has been made with a few who were asked where they were on that fateful day that changed the world for ever.

Some of the biggest changes came about in the role that women played in society.

Pauline Brock recalls she was 20 and living in Bethlehem, Pa., on Dec. 7, 1941. She and her family had been out for the day, having a good time. When they returned home and turned on the radio, President Franklin D. Roosevelt was announcing the attack. “We were all terribly shocked,” she recalls. 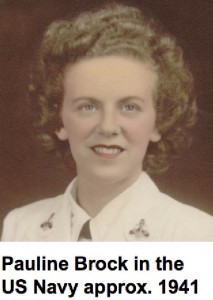 PAULINE BROCK enlisted in the WAVES and served her country during the war as an office worker in Washington, D.C.

“I was working at that time as a switch board operator at Roller Smith Co., a manufacturing company,” she said. “The company went into production of wartime materials right away, and everything changed.”

She remembers everything was rationed, and that when all the men went to war the women had to take over their jobs. She moved to Michigan and worked for the Hudson Motor Car Co., which had ceased auto production to produce machines for the war.

Several women she knew there joined the WAVES (Women Accepted for Volunteer Emergency Service), and when they came back in their uniforms she was inspired to join them. She enlisted in the WAVES in 1944 and served in Washington, D.C., in the business office of medicine and surgery.  While there she met her husband, Gus Brock from Bainbridge, a Marine who served in the South Pacific.

Another woman who was called to join the military was Frances Lee. She grew up in Bainbridge and at 18 or 19 years old was in nurse’s training in Mobile, Ala. on Pearl Harbor Day. She recalls clearly that she was at a desk charting patients when one of the doctors came in and told her about the attack.

“My mind went blank at first, then I went to look up where Pearl Harbor was,” she said.

In January 1943, at age 21, she enlisted as an Army nurse. She first went to Miami Beach for officers’ training. In March 1944, she was assigned to a surgical group in the European theater, working in field hospitals in France. She waded ashore at Utah Beach shortly after the invasion.

Attached to the 3rd Army, she was in Luxembourg and at the Battle of the Bulge. She was captured in Germany in April 1945 and held 12 days before being rescued by the 5th Infantry. She was in Lintz, Austria, when the war ended and returned to the states, where she was hospitalized for a persistent fever. After leaving the service, she ultimately went to work for Standard Oil of New Jersey in Venezuela, then traveled around the world with her engineer husband.

Therman Barber, a resident of Brinson, was 17 when Pearl Harbor occurred. He recalls he was visiting in Miami, Fla. that day that changed his life dramatically. He says he “fudged a little” to enlist in the Navy in 1942, as he was not quite 18 at the time. He served in the South Pacific on the USS Cosechton, a fleet tug, all through the war, and was involved in the battles of Okinawa and Iejima, where wartime correspondent Ernie Pyle was killed. Following his discharge in December 1945, he returned to Decatur County to live on the farm and worked for the Bainbridge Police Department for 28 years before retiring.

George Daniel, currently residing at Willow Ridge, recalls that he was a 15-year-old high school student in Macon, Ga., when Pearl Harbor happened. On that Sunday he remembers being at the First Baptist Church when he heard the news on the radio. At first the importance didn’t sink in, but after he returned home and heard his uncle and grandmother talking about it, the impact of it hit him. Rationing of goods, especially of shoes, is what he remembers most about the early war years.

During his high school years, he also developed a strong interest in the Air Force. He was planning to attend Mercer University, where he had a four-year scholarship. Those dreams and plans were put on hold by Pearl Harbor and the ensuing war. He was drafted into the Army infantry right after high school graduation in 1944. He saw his first combat in Leyte, Philippines, in January 1945, and was also involved in the initial invasion of Cebu Island, Philippines.

His unit was scheduled to act as a diversionary unit in the invasion of Japan, with him acting as a first scout. The expectation was for 75 percent fatalities, so he was glad when the U.S. dropped the atomic bomb and the war ended.

After the war, he stayed in Japan for one year and had the interesting job of interviewing visitors to the war criminals, where he met former Prime Minister Hideki Tojo and “Tokyo Rose.” He was discharged in September 1946 and enrolled at the University of Georgia, graduating in June 1949. He renewed his love of the Air Force by enrolling in the Air Force ROTC while at the University, and was subsequently recalled into service when the Korean War broke out — this time in the Air Force. 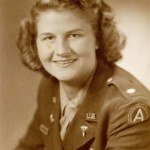 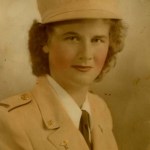 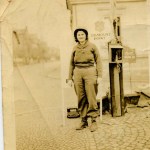 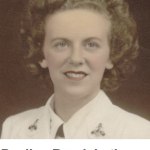 PAULINE BROCK enlisted in the WAVES and served her country during the war as an office worker in Washington, D.C. 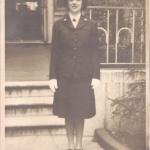 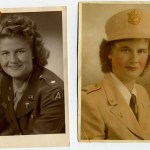 FRANCES LEE, former Army nurse was attached to a surgical unit working in field hospitals in France during World War II. She was in the thick of battles, captured by the Germans, and held captive for 12 days before being rescued by the 5th Infantry.