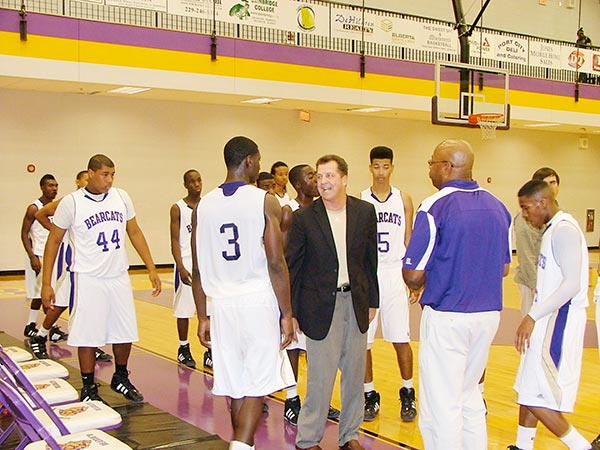 Dontavius Marshall gave the Bearcats a 21-11 lead at the end of the first quarter, when he hit a three-point jumper from the right side with 55 seconds left in the quarter.

After the game, Bearcats coach Rickey McCullough said he liked the balance in his team’s scoring chart.

“Rodney Glenn had 15, Dontavius Marshall and Paul Chukes had 14 apiece and Dillen Thomas had 10,” McCullough said. “When you have that kind of balance you really feel good.”

Glenn gave the Bearcats a 23-19 lead when he banged home a layup off the right glass with 4:38 remaining in the second quarter.

Chukes hit a layup off the right glass with 4:14 remaining in the game to put the Bearcats up 58-48, and they did not lead by less than double digits the rest of the way.

The Bearcats, who are 2-1 for the season, will return to action next weekemd.

They will travel to Moultrie, Ga., for a Friday, Dec. 9, game against the Colquitt County High School Packers at 7:30 p.m. On Saturday, Dec. 10, they will host the Thomasville High School Bulldogs at 7:30 p.m.