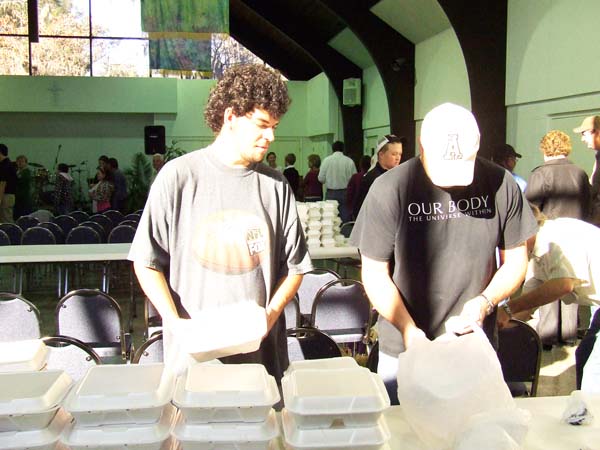 Once again, Bainbridge residents demonstrated their thankfulness by giving up a few hours Thanksgiving morning to help fill and distribute dinners to 300 individuals who would not otherwise be able to enjoy a Thanksgiving meal.

As the line of volunteers moved around the J.O. Smith building at First United Methodist Church and out the door to waiting vehicles, Mayo Livingston stood greeting people and overseeing the whole operation he began 25 years ago.

He recalled how he and his wife, Carolyn, had to eat Thanksgiving dinner last year at Tallahassee Memorial Hospital where he was following quadruple by-pass surgery, but observed that son Joe Livingston seemed to have things well in hand, and grandson Frazer was also learning the ropes.

Many of the regulars turned out, as they have for a number of years, but they were joined by many newcomers.

Brice Flowers and Chip Nix, both first timers, were busy keeping the boxed dinners moving at the end of the line, and said they were just motivated to help others.

Another first-time volunteer was Patricia Anderson, who helped dish food onto the plates, and checked things out at the end.

The Vada resident and teacher’s aide at Hutto Middle School said she is a member of Spring Creek Baptist Church, where a group goes out four times a year to help feed the hungry. She said she was motivated to come see how the Thanksgiving group did it and pick up some pointers.

“Cooking and feeding people is one of my gifts,” she explained. “With the economy the way it is, there are so many more people hungry today than you know about, and when we take the food to them, this joy comes over their faces. It just gives me the most exhilarating feeling ever.”

Asked how she has time on Thanksgiving morning she replied, “Normally I would be at home cooking all morning, but this year I did mine last night, so I would be free to help.” 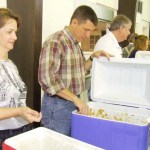 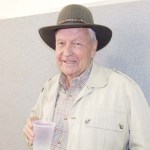 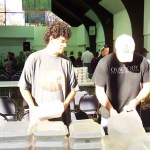