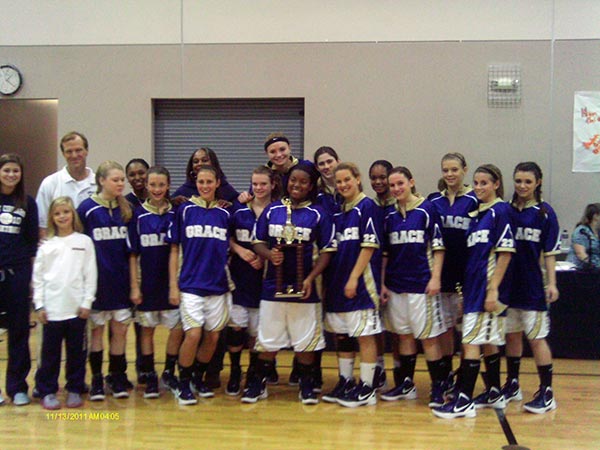 The Grace Christian Academy Lady Cougars are following up on their very strong 2010-11 season by winning their first three games of this season.

The Lady Cougars defeated the Abbeville (Ala.) Christian Academy Lady Generals 48-37 on Nov. 8.

In the Byne Christian School Invitational, played in Albany, Ga., they downed the Sherwood Christian Lady Eagles of Albany 43-23 on Nov. 10. Leading scorers were Rachel Harrell with 10 points, Jacobs, Heard, Perra Harrell and Hannah Wynn, all with six points, and Kelsey Harrell with five points.

In the championship game on Nov. 12, the Lady Cougars defeated the Highland Christian Lady Eagles of Valdosta, Ga., by a score of 58-35. Rachel Harrell scored 27 points. The Lady Cougars took a large lead in the third quarter by repeatedly stealing the ball and taking it to the hoop for a layup, Coach Mike Harrell said.

Other leading scorers in the big win were Heard, Perra Harrell and Emilee Murr, all with six.

Emma Heard and Rachel Harrell were named to the All-Tournament team; Harrell was voted the tournament’s most valuable player.

This Thursday and Saturday, the GCA basketball teams will host the Inland Classic tournament at the Perry Memorial Gymnasium. 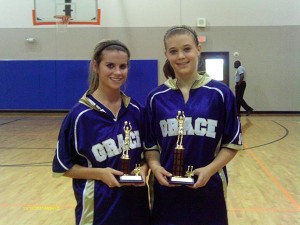 Then on Nov. 22, the Cougars and Lady Cougars host Georgia Christian of Valdosta at home.

Grace’s girls are coached by Mike Harrell; the boys team is coached by Upper School Administrator Steve Murr and assisted by Erwin Harrell.

Grace’s Jr. Pro teams are comprised of students in the fourth through sixth grades. The Jr. Pro teams kick off their schedule with a home scrimmage on Dec. 13. The Jr. Pro teams’ regular season will begin on Jan. 7, when both teams play in a tournament hosted by Westwood Academy in Thomaston, Ga. The teams will play on each Saturday in January.

For more information on the teams and their schedules, visit gcacougars.blogspot.com