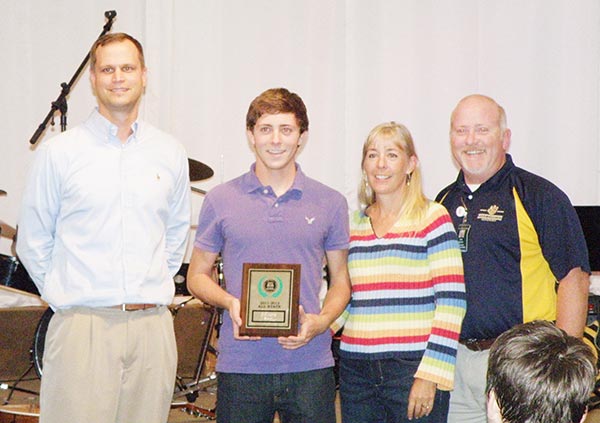 Harris, who was previously selected to the Panhandle Christian Conference All-Conference team, received his All-State plaque from Grace athletic director and upper school principal Steve Murr Monday, as his parents Julie and Lee Harris looked on.   This was the first school year Grace Cougars and Lady Cougars sports teams have competed in GISA.

Harris is also a member of the Cougars’ cross-country team, which is coached by his mother. He has won several local races.