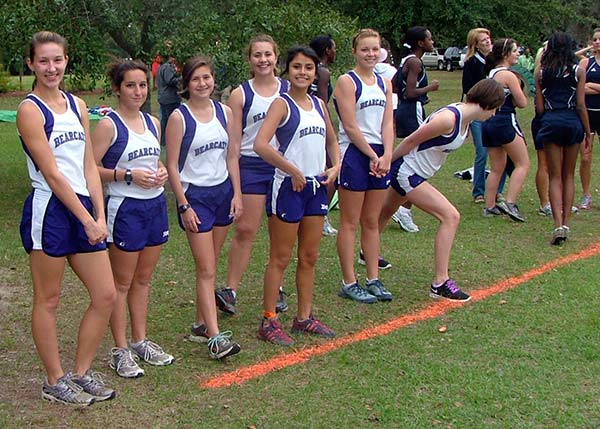 Leading the Lady Cats were Paige Braswell and Amber Braswell, who were eighth and 17th overall.

The next five Lady Cats finishers were Caitlin Cato, who was 29th, Ashten Oldaker, who was 31st, Sarah Carpenter, who was 32nd, Rebecca Conner, who was 33rd, and Maryanna Cunningham, who was 35th.

Coach Oldaker said she couldn’t be prouder of her two teams’ efforts this season.

“I would like to start by saying our hard these children worked this season,” she said. “They are a genuinely great bunch of kids. I am so proud of them and I know their parents are going to spend a long time bragging about them.

“This season couldn’t have been as successful as it was without the dedication of coach Greg Waddell. He has brought tremendous knowledge and experience to our cross-country family.”