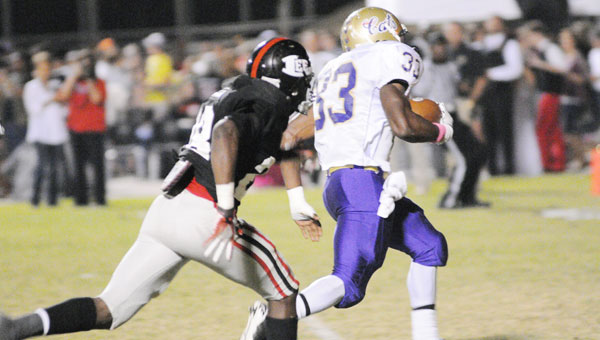 Terry Lewis runs for a long gain in Bainbridge's 60-41 win over Lee County on Friday. The victory assured the Bearcats of a spot in the Class AAAA playoffs.|Jeff Findley