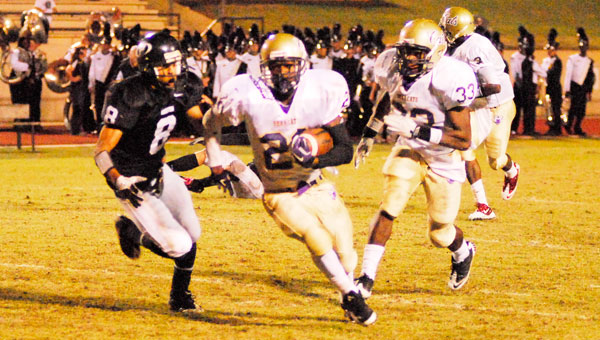 BAINBRIDGE running back Damian Bouie breaks away for a long run Saturday, as Terry Lewis (33) looks for someone to block. Bouie had two rushing touchdowns and Lewis had one, in the Bearcats’ 28-24 win over Houston County. | Brennan Leathers