Bearcats run away to 30-7 victory 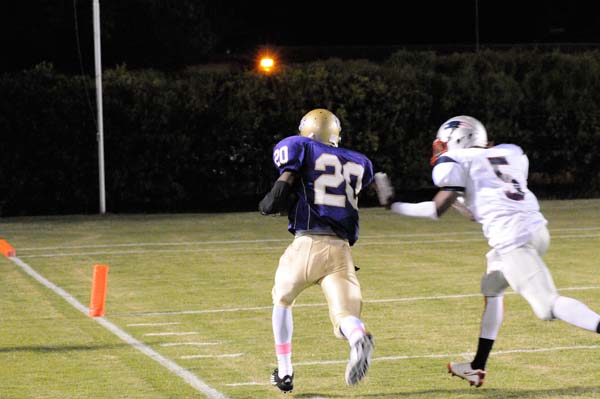 By JOE CRINE and BRENNAN LEATHERS

The Bearcats scored first with 4:13 left in the first quarter when Damian Bouie ran two yards for a touchdown to culminate a 10-play, 58-yard drive.

BHS safety Dontavious Baulkman recovered a Northside fumble at the BHS 49-yard-line with 3:07 left in the first.

BHS quarterback Quincy Fortson kept it himself for a touchdown with 59 seconds left in the first quarter to cap a six-play, 51-yard drive. The score was set up by Bouie, who rushed 32 yards to the one-yard line on the previous play.

Bouie ran two yards for a touchdown with 6:27 left in the second. The score was set up when Bouie rushed 44 yards to the Patriots’ two.

B.J. Cheatem caused a fumble which the Bearcats recovered at the Patriots’ 25 with a little under five minutes left in the first half. The Bearcats drove to the 15, where the ball was turned back over to the Patriots on downs.

BHS got the ball back one more time before the half ended. Rodney Glenn caught a 31-yard pass from Fortson at the Patriots’ six with 57 seconds left.  Daniel Provence kicked a 21-yard field goal with 2.7 seconds left in the first half to make it 24-0 at halftime.

The Bearcats’ first drive of the second half began at their own 46, after a good kickoff return by Devin Hubbard. With 5:21 left in the third quarter, BHS’ Terry Lewis ran one yard for a touchdown to cap a 14-play, 54-yard drive. Provence’s extra point attempt was wide left and score remained 30-0.

Anthony Jackson, a senior defensive end, recovered a Patriots fumble at the Bearcats five-yard line with about a minute left in the third quarter, but the Bearcats were forced to punt just after the fourth quarter began.

The Patriots’ Labarrius Turner ran five yards for a touchdown with 7:49 left in the fourth quarter to cap a seven-play, 45-yard drive. Chase Auer’s extra point kick made it 30-7.

On the ensuing kickoff, sophomore Greg Cooper ran the ball from the BHS 20 to the Northside 5-yard line, but a holding penalty against the Bearcats moved the ball back to the BHS 45.

Rushing contributions by Bouie, sophomore quarterback Preston Norris and freshman running back Tremain McCray moved the Bearcats into Patriots’ territory. On a fourth down and 3 from the 27-yard line, with 2:09 left, Norris kept it himself and got a BHS first down at the 20. The Bearcats then ran out the clock to end the game.

With the win, the Bearcats are now 5-1 overall and 2-1 in Region 1-AAAA. Next Saturday, they will travel back to Warner Robins to play the Houston County High School Bears at 7 p.m. 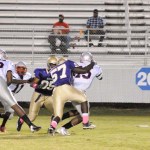 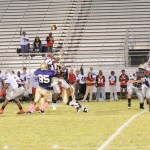 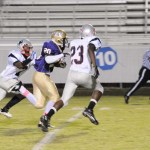 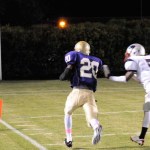 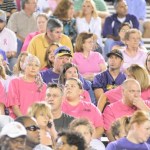 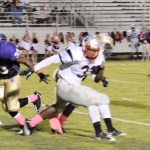