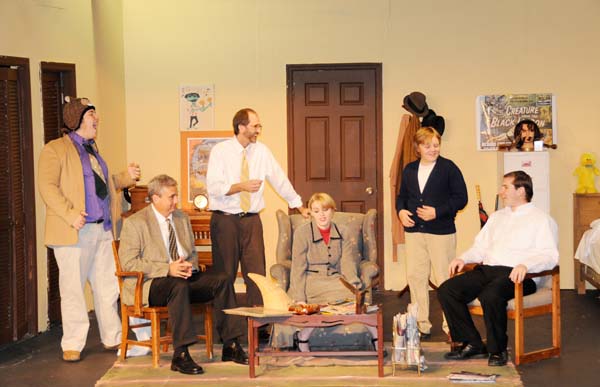 What happens when a bright, non-conformist male falls for a proper, well-brought-up young woman who is in a position of authority over him? As you can imagine, it gets complicated. The result is a delightful comedic play, A Thousand Clowns, which will be the opening production of the Bainbridge Little Theatre’s 38th season.

The play, which was to have been performed last year but was cancelled due to production problems, opens Friday, Oct. 7, on the BLT stage, under the direction of Tracy Harrington and co-directed by David Nelson.

Asked why he liked the play well enough to get it re-scheduled this year, Harrington said, “It’s a wonderful play, and a great representation of somebody who is very bright and capable, struggling with conformity. I like the story line and the characters a lot. It’s a great, well written play.”

The comedy, written by Herb Gardner in 1962, is centered around 12-year-old Nick, (who will be played by Quest Brown) who lives with his eccentric Uncle Murray (Matthew Hoose) in a one-room apartment in New York City. Murray has had physical custody of the boy, since the boy’s mother left him with her brother seven years ago.

Murray has quit his much-hated job as a joke writer for a children’s television show called, Chuckles the Chipmunk, and has been reveling in the freedoms of unemployment for the last five months.

When young Nick writes a paper for his school touting the benefits of receiving unemployment insurance, the school alerts the child welfare agency, who sends a social worker, Sandra Markowitz, (Grace Nettles) to investigate the living conditions. Murray is threatened with removal of the child from his custody unless he can prove his parenting suitability.

Murray proceeds to charm and seduce the welfare worker, Sandra, who convinces him he needs to get a job. With the threat of losing the boy as well as his new girlfriend, Murray is forced to humble himself and ask for his old job back.

A Thousand Clowns was made into a movie, released in 1965, starring Jason Robards, Barbara Harris and Martin Balsam, who won an Academy Award for best supporting actor for his role as Arnold, Murray’s brother and agent. Arnold is portrayed in the BLT production by Dave Nelson. Stephen Mayfield plays Albert Amundson, (Sandra’s work supervisor and prior boy friend) and Eli Poche is Leo Herman, host of the “Chuckles” show.

Patrons of Bainbridge Little Theatre will notice a few facelifts and changes this year.

Even before entering the theatre, a new sign on the exterior wall of the little theatre on Troupe Street, enhanced by a series of overhead lights, announces the coming production names and dates. A spruced up lobby greets theatre goers, and upon entering the auditorium, they are instantly aware of the stage’s new crimson-red velvet curtain.

There is also a change this year in the time for the evening performances, which start at 7:30 p.m. The Sunday matinées continue to begin at 2:30 p.m. 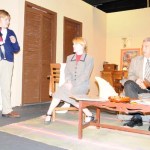 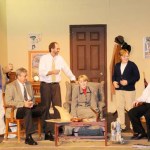 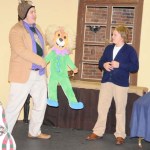 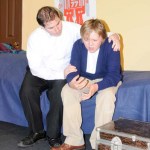 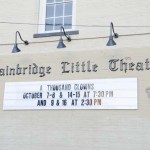 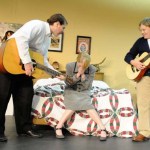