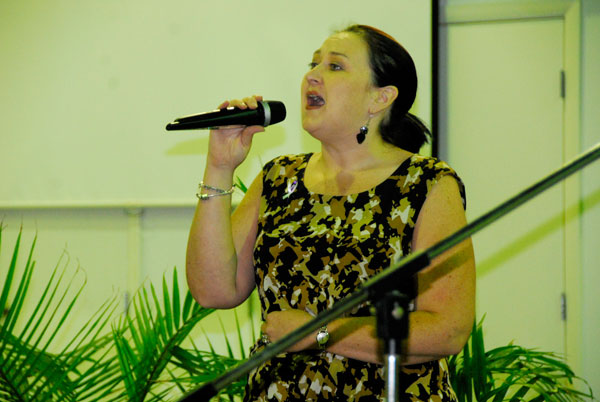 Marjean Boyd, the speaker at a rally held Wednesday to mark October as Domestic Violence Awareness Month, said her goal was to inspire community leaders to “ensure the safety of victims and hold offenders accountable.”

Boyd said she believed that despite past campaigns to bring awareness to the problem, domestic violence still impacts many people: not only the victims, but their children and everyone who cares for them. In her speech, she dispelled what she said were 9 myths about domestic violence.

According to Boyd, all of the following statements are false: domestic violence is rare (it’s the leading cause of injury to women aged 15-44); that it only happens to poor, uneducated, minority victims; that women are just as violent as men (85 percent of victims are women); that alcohol is the primary cause of abuse.

Some other myths are that abuse is just a “one-time” occurrence; that men who abuse are often good fathers who should have joint custody of children (children are emotionally affected by their mother’s abuse and are often abused themselves); that all members of family contribute to the dynamic of abuse (it’s the abuser’s behavioral choice); that abused women provoke abuse (they often try to leave a relationship but are prevented through intimidation and control).

The last myth about domestic violence is the statement that “Men have the right to discipline their spouse or child for misbehavior.”

“Domestic violence is a crime in all 50 states,” Boyd said. “75 percent of people know someone who is or has been a victim. It’s time we treat domestic violence for what it is—a crime.”

“A Broken Wing” by Martina McBride is about a battered woman who eventually escapes her abuser. The narrator of “Do It Anyway,” also by McBride, encourages people to “chase their dreams” despite adversity and the fear of failing.

Help is available for victims

Loraine Freeman, a past victim of domestic violence, gave a personal testimony and thanked her parents and other women who had been victims for encouraging her to get out of the abusive situation.

“So many are crying out for help,” Freeman said. “I want to tell them to continue to cry out and they will be heard.”

There are several resources available for people who are victims of domestic violence.

The District Attorney’s Victim Services office, which covers Decatur, Grady, Mitchell, Baker and Calhoun counties, can be reached at 246-5222. Victims’ advocates are on-call 24 hours a day, seven day a week.

The Teresa Diane Young Foundation in Bainbridge acts as a one-stop information and service destination advocating for children and their parents. It is located at 113 N. West Street. Its phone number is (229) 416-4007 and its website is teresadyoungfoundation.org

CASA (Court Appointed Special Advocates) are trained community volunteers appointed by a judge to advocate for the best interests of abused, neglected or abandoned children in juvenile court proceedings. Its phone number is (229) 248-1040 and its email is casaw2@mchsi.com 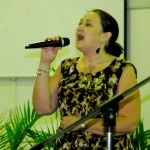 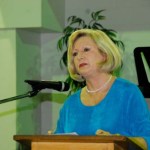 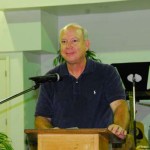 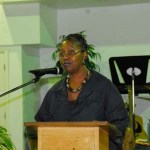 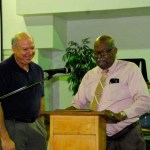 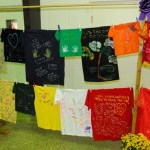 Some t-shirts on display at the rally were made by women and children who sought refuge from domestic violence at the Halycon Home in Thomasville.