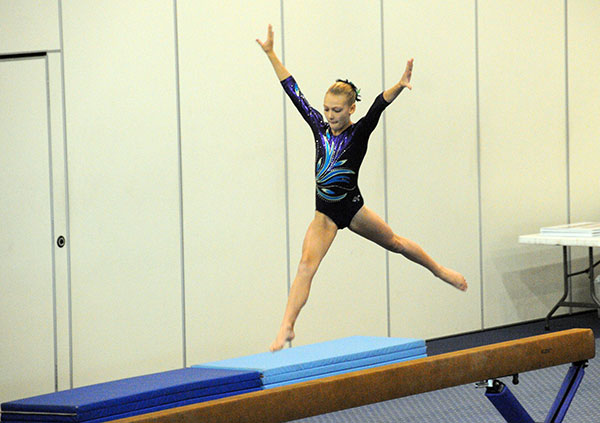 The Murkerson’s Gymnast-A-Cats gymnastics team had a strong showing at the Pink & White Invite competition at the Emerald Coast Conference Center in Ft. Walton Beach, Fla., last weekend. A portion of the proceeds of the competition were donated to the American Cancer Society for breast cancer research.

The Gymnast-A-Cats competed in honor of Cathy Holt and the late Kay Barber.

With teams representing three states, the level three gymnasts posted a third-place overall finish as a team. Laura Lynn Gordon finished first in the bars, beam, and floor events, while placing first all-around. Annie Bridges finished third in the vault and floor exercises and posted a third-place all-around finish. Finishing second in bars and fourth all around was Paige Stegall. 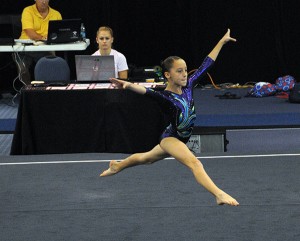 “I am so proud of our girls and how they performed. The first meet of the season, you always have to brush the rust off, but our gymnasts came right out of the gate with great scores,” said coach Melynda Murkerson.

Haylie Wilkinson finished third all-around in the Xcel Platinum group. She won the silver medal on the floor and bronze medals on the vault and beam.

The Gymnast-A-Cats next compete in the Sunbelt Shindig in Moultrie on Oct. 15 and 16.