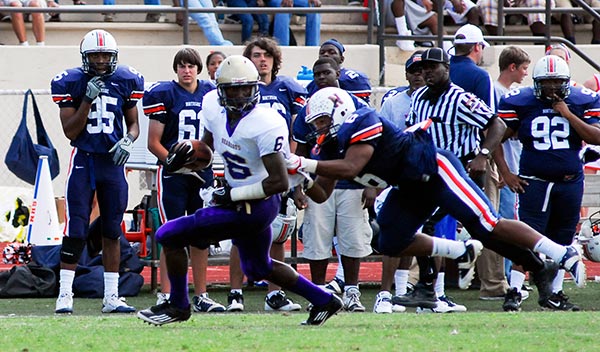 Running back Curtis Martin ran for three touchdowns and quarterback Jack Montgomery threw for another, leading the Northside-Warner Robins Eagles to a 31-0 Saturday afternoon victory over the Bainbridge Bearcats.

The game, at Warner Robins’ McConnell-Talbert Stadium, was the first Region 1-AAAA encounter for both teams. The loss, the first for the Bearcats, dropped their season record to 3-1.

They will host Columbus’s Hardaway Golden Hawks in a Region 1-AAAA game Friday at 7:30 p.m. at Centennial Field.

Bainbridge defensive back Rodney Glenn brought the sizeable crowd of Bearcats fans to their feet, when he intercepted a pass and returned it 92 yards for an apparent touchdown with 10:41 left in the second quarter, but that return was nullified by a block-in-the-back penalty. Had the touchdown counted, it would have cut Northside’s lead to at least 10-6.

Curtis artin ran seven yards for a touchdown with 4:05 left in the second quarter and Mixon again kicked the extra point giving the Eagles a 17-0 halftime lead.

Montgomery later ran 2 yards for a touchdown wiith 10:18 remaining in the third quarter, and Mixon kicked the extra point to extend the Eagles’ lead to 24-0.

In the fourth quarter, Martin ran off the right side for 4 yards and a touchdown and Mixon kicked the extra point, closing out the Eagles’ scoring with 7:43 left in the game.

The Bearcats were stifled by five turnovers, and held to 64 total yards of offense. 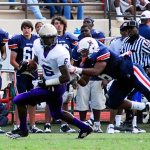 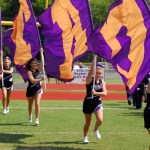 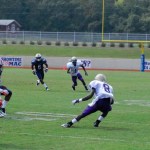 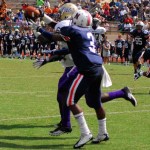 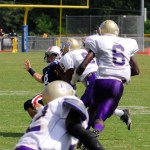 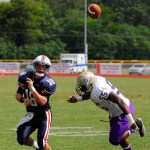 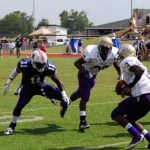 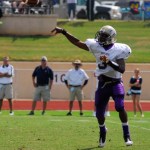 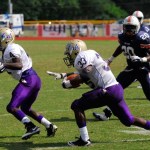 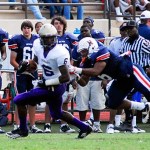 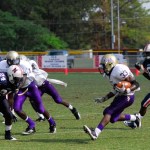 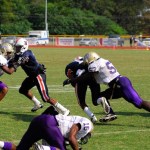 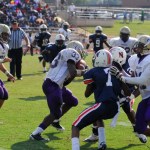 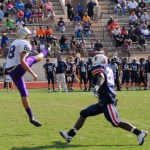