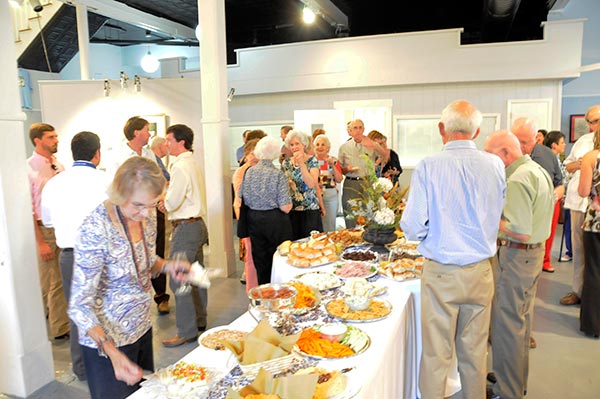 For a limited time, art fans can check out a unique display in downtown Bainbridge.

Last Thursday, the Bainbridge Decatur Council for the Arts and the Bainbridge-Decatur County Chamber of Commerce hosted a reception and after hours at the Jimmy Harrell Gallery at the Firehouse Center and Gallery. The occasion was to cheer the temporary relocation of an exhibit featuring the artwork collection of the former Riverside Artsfest organization.

The Riverside Artfest began in 1988 and continued until 2009.

Sam Griffin, who was chairman of the Artsfest committee for the first two years, said there were two reasons the festival began.

“We wanted to bring the community together for a festival, and we also wanted to push the importance of education in the arts,” he said.

Griffin said the plan was to theme each festival after a separate U.S. state. The first festival was based on Pennsylvania, and the featured act was the American Wind Symphony Orchestra, which was from that state. The orchestra performed for thousands on its floating barge in the Flint River. 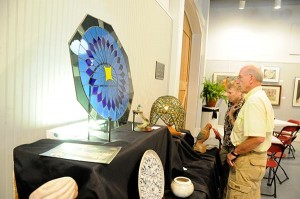 Every year after 1988, a different state was represented and different musical acts were featured. Also included in the festival was a sample of art from each state. Each year, the Artsfest committee purchased some of the art that was featured in the show, and that art now makes up the exhibition that is on display at the Firehouse Gallery.

Also included in the exhibition are T-shirts and programs from each year’s festival.