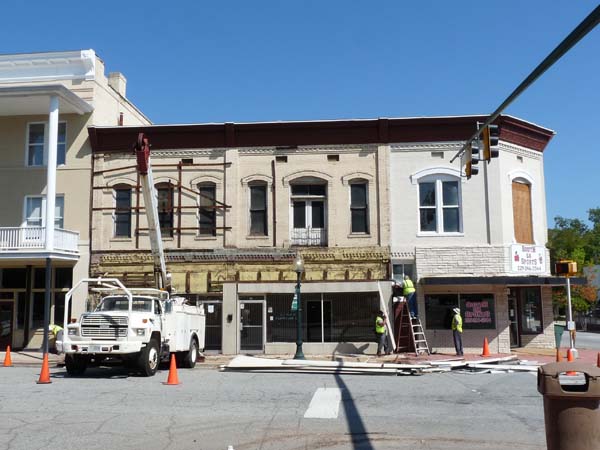 The former Gowan Building underwent a facelift Monday morning, as City of Bainbridge employees worked to remove a metal façade from the front of the historic structure.

Amanda Glover, director of the Community and Economic Development Division for the City of Bainbridge, said the building will be used as the temporary home for Bainbridge City Hall, if the city council votes to undergo a planned renovation at the current city hall. 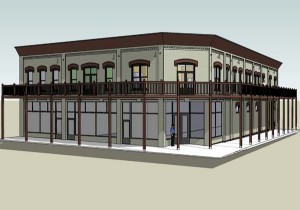 Glover also said the Georgia Trust for Historic Preservation recently developed a rendering plan for the building’s future. The plan includes the potential for several upstairs apartments, as well as leasable space for businesses on the first floor. 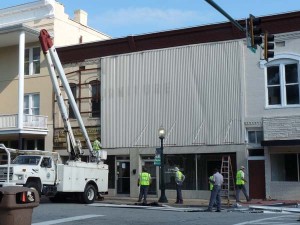 The Gowan building is located at the intersection of Broad and Water streets in downtown Bainbridge, and it was built between 1898 and 1900. It was known as the Park Hotel in the early 1920s. During the 1950s, an A & P Food Store occupied the space, and Sears Roebuck & Co. occupied the space of Allen Sports.