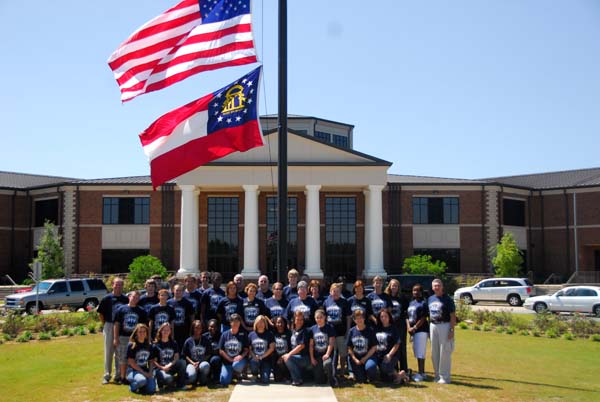 Bainbridge High School faculty, staff and students marked the 10th anniversary of the Sept. 11, 2001 attacks on the United States by wearing special patriotic T-shirts in remembrance of the victims of the attacks.

Decatur Countians young and old alike marked the 10th anniversary of the Sept. 11, 2001, attacks on the United States this week.

Although the actual anniversary is Sunday, Bainbridge High School faculty, students and staff commemorated the tragic day in American history on Friday. The large flag in front of the school flew at half-staff and many in the BHS community wore special T-shirts honoring the memory of the victims of the 9/11 attacks.

The shirts were sold by cadets in the Air Force Junior ROTC program at BHS. Retired Air Force Master Sgt. Frank Geslak, who assists with the JROTC program, said many cadets go on to serve in the military. For them, the patriotism the program instills and the community service the cadets perform is especially meaningful after 9/11, Sgt. Geslak said.

The Bainbridge chapter of Woodmen of the World held an” In Honor and Remembrance” ceremony on Thursday evening. In addition to remembering the victims of 9/11, the fraternal organization’s members honored local emergency first responders and support staff with long periods of sevice. They also recognized local members of the U.S. Armed Forces, including those serving in Iraq and Afghanistan.

Former Bainbridge Fire Chief Dennis Mock, who retired this past July with 40 years and eight months of experience as a fireman, accepted a plaque at the ceremony and talked about the hazards of the job.

“I thank the Lord that no one was ever killed in the line of duty during my years as a fireman,” Mock said. “We had very few injuries. I always told the other officers, ‘You can build a building back, but you can’t bring back a life.’”

Woodmen member Doris Skipper talked about her son, Joseph B. Skipper, and grandson, Jonathan Skipper, having both served in Iraq through their duty with the U.S. Air Force. Mock and others shared stories about their relatives in the armed forces.

Woodmen of the World regularly donates flags and flagpoles to schools and civic groups for use in public places. They recently donated one to the Bainbridge Kiwanis Club and two of its flags were sent overseas to fly in Iraq.

A ceremony honoring fallen local heroes will be held in Willis Park on Wednesday, Sept. 14. The ceremony will include speakers and patriotic music. Decatur County Sheriff Wiley Griffin will read a list of fallen heroes from the local community. 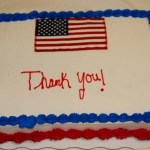 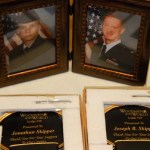 Jonathan and Joseph B. Skipper, two local servicemen in the U.S. Air Force who served in the second Iraq conflict. 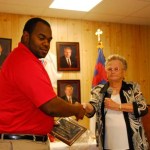 Derick Edwards, an EMT-I with the Southwest Georgia Region EMS office, accepts a plaque honoring his service to the community. 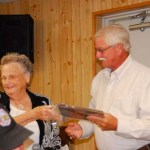 Former Bainbridge Fire Chief Dennis Mock accepts a plaque honoring his more than 40 years of service as a Bainbridge fireman. 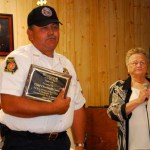 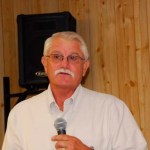 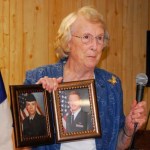 Doris Skipper talks about her son and grandson’s service in the U.S. Air Force, including their time in Iraq, at a ceremony honoring and remembering the victims of 9/11, as well as troops and emergency personnel still serving today. 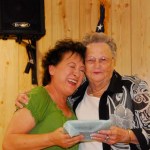 Bainbridge Public Safety Chief Clerk Arlene Rentz is honored for her 30 years of service to the Bainbridge Police Department. 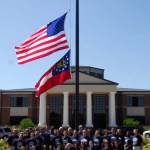 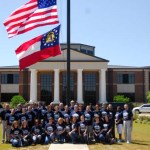 Bainbridge High School faculty, staff and students marked the 10th anniversary of the Sept. 11, 2001 attacks on the United States by wearing special patriotic T-shirts in remembrance of the victims of the attacks.