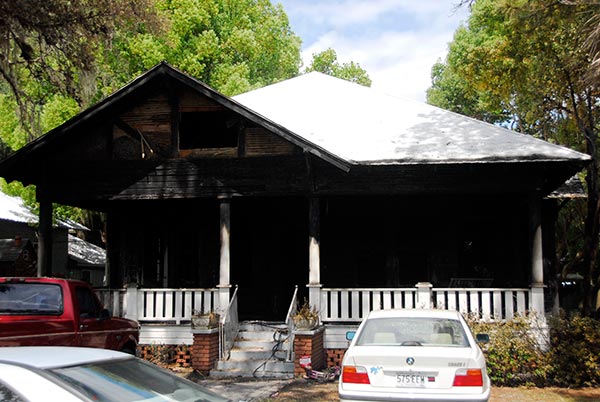 The fire was reported at 328 W. Broughton Street at 7:20 p.m. Wednesday. According to BPS Assistant Fire Chief Doyle Welch, the fire was started when a young child lit a candle and then placed it in a closet. The candle’s flames spread to clothes hanging up in the closet and then to the home’s walls, Welch said.

“The kids came and told the home owner that the fire had started; she tried to put it out with a water hose but it had already gotten out of control,” Welch said Thursday.

The large size of the fire sent flames outside of the home, causing damage to three vehicles parked in front of it, Welch said. In addition, radiant heat from the fire damaged the outside of a residence next door, cracking windows, melting blinds and blistering paint.

BPS officers fought the fire for almost an hour before bringing it under control at 8:15 p.m. However, due to lingering hotspots and the extent of the fire, the last firefighter didn’t leave the scene until 10:12 p.m.

The home damaged in the fire was originally built in the 1930s and its walls and floors were made with pine wood, according to property tax records.