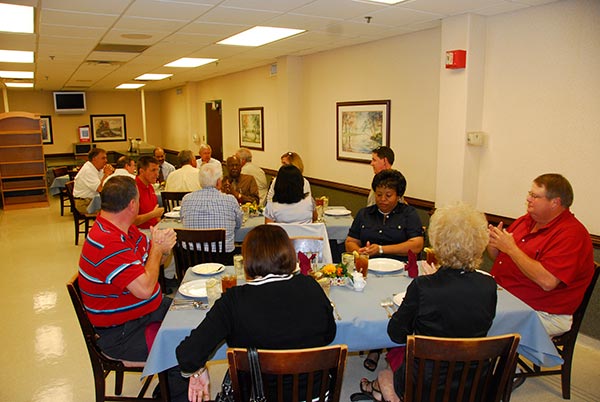 A GATHERED GROUP of leaders from the Memorial Hospital Authority, the City of Bainbridge and the Decatur County Board of Commissioners got together for an informational session and dinner at the hospital on Thursday night, a meeting hospital officials hope to start having on an annual basis.

Officials from the City of Bainbridge, Decatur County and the Hospital Authority got together Thursday evening to hear an overview on the progress Memorial Hospital is making.

Hospital CEO Billy Walker talked about some of the challenges the hospital is facing, pointed out some of the improvements it is making and summarized its goals to expand its facilities and services.

After losing $1.4 million during its last fiscal year, the hospital has made some adjustments, and through June of this year, was actually making a small net operating profit, Walker said.

Sustaining the gains while continuing to operate a community hospital in the current economic climate is one of the main challenges Memorial is facing, he said. In addition to running a not-for-profit hospital, Memorial also manages 10 physicians’ practices, operates the Memorial Manor nursing home and the Willow Ridge assisted living facility.

“We’ve set some goals for growing our net revenue, increasing our [patient volume] and having a profitable facility,” Walker said. “Not-for-profit organizations have to have some profit in order to continue their mission. We’d like to be able to purchase some new equipment and make some expansions that will benefit our patients.” 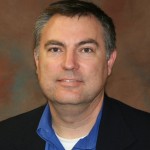 Walker was selected as CEO earlier this year, after serving on an interim basis following the termination of his predecessor.

Walker and Hospital Authority Chairman Charles Tyson both acknowledged concerns that citizens and patients have had in the recent past about the hospital’s quality, but said hospital leaders have been working hard to address those concerns.

Toward that end, hospital staff have created a plan called the “Bridge to Excellence,” focusing on creating the best possible patient experience and improving the public perception of Memorial Hospital.

There is also renewed emphasis on increasing employee morale and “doing what it takes” to retain doctors and staff, said Walker and Hospital Authority member Glennie Bench, who is also a member of the Bainbridge City Council.

The hospital has been making some noticable strides toward increasing patient satisfaction, as measured by national survey programs the hospital participates in, Walker told the gathered local government officials.

Memorial Hospital and the Hospital Authority are also looking at the results of a study it commissioned to find out the largest needs for physicians in Bainbridge and Decatur County.

“We want to keep patients here and serve their needs, so addressing these gaps is a must,” Walker said. “As we improve the level of primary care we offer, it will open up some opportunities to attract more specialists who are needed.”

One way in which the hospital is expanding its service capacity immediately is the expansion of Bainbridge Opthamology and Memorial Pediatrics, which are located in the medical office complex off Wheat Avenue.

The hospital has also purchased three buildings on Amelia Street, which runs parallel to Gordon Avenue behind the hospital. The future plans are to combine the three buildings’ space into one building that will have 15,000 square feet. Construction plans call for the demolition of the existing buildings’ interiors and the installation of new plumbing, a new floor layout and a new roof for the unifed structure, Walker said.

When the renovations are complete, the building will house 27 exam rooms, space for nine medical providers and a waiting room which could accomodate up to 50 people, he said.

The new medical complex on Amelia Street would have expanded weekday operating hours, perhaps 7 a.m. to 7 p.m., and will also be open for a few hours on Saturday.

There are also long-term plans to make a major expansion to the hospital itself, increasing the size of the same-day surgery facility and the hospital’s laboratory, as well as separating the hospital’s registration area from the emergency room.

In the meantime, hospital officials and staff have identified services that the hospital can excel at providing, said Tyson, who noted those services will be advertised “more than ever before” in the near future.

“It is a new day at Memorial Hospital — we welcome citizens’ comments and complaints, so please pass them on to us,” Tyson told the gathered leaders. “We want to be the preferred medical service provider in the area and have the best quality services — and we’re going to do it.”