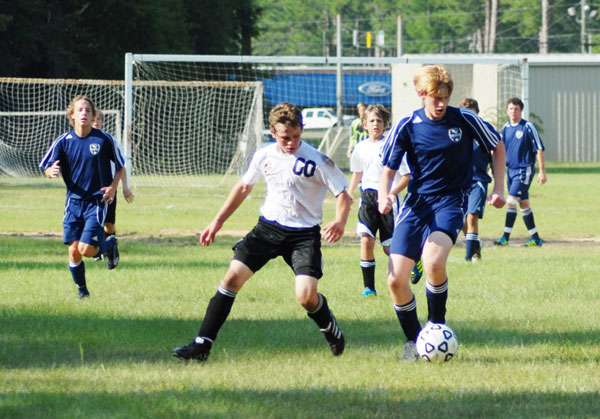 Following the game, Bailey expressed pleasure with the play of his teams offense and defense.

“Our offense moved the ball around and scored key goal after key goal,” he said. “Defensively we pretty well shut them down.

Bailey also liked the pressure his strikers applied on the Byne deffense throughout the game.

“Strikers Brent Warr and Josh Carnes kept pressure on the Byne defense throughout the game with strong support from mid fielders Austin McQuaid, Alex Ward, Chase Harris and Kyle Harris,” he said. “I couldn’t be prouder of our entire team. They hustled and gave it their all throughout the match.”