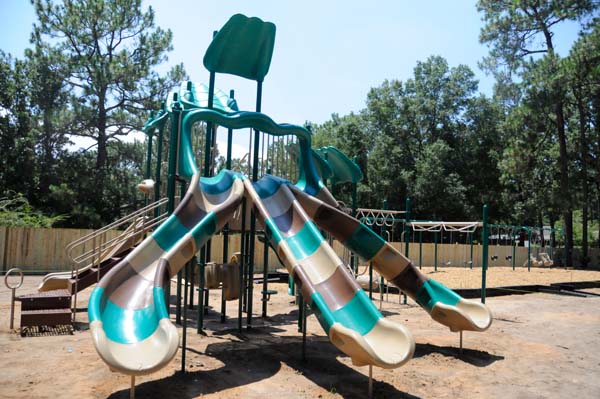 Lots of parents, grandparents and children know about the park off College Street in Bainbridge, but they may be in for a pleasant surprise the next time they visit.

In about seven to 10 days, the newly-renovated park will be ready for playtime, picnics and birthday parties once more, Bainbridge City Manager Chris Hobby said.

“I think we are finally going to have a great park for our children to play in; I’m excited,” Councilwoman Roslyn Palmer said.

The renovation is part of the Bainbridge City Council’s stated goal to improve all of the city’s parks. Next in line for improvements is the playground in the Earle May Boat Basin.

Hobby said the city has been working on improving parks for several years now, as funding and manpower become available. Just the new playground equipment for the College Street park, from Bliss Products of Lithia Springs, Ga., cost $97,000, Hobby said.

Along with the new play equipment, there will be 30 paved parking spaces on the eastern side of the park, meaning visitors will no longer have to park along College Street. There are also plans to renovate the park’s restrooms and build a covered pavilion, similar to the one recently built at the Boat Basin.

While the playground space is still available for group activities on a “first-come, first-serve” basis, the pavilion will be able to be reserved for special events, Hobby said.

The playground is now handicapped-accessible and the new equipment has a number of safety features, the city manager said. Mulch has been laid underneath the swing sets, while a rubber-like surface and mulch have been placed under the other equipment. A new fence is being built on the back side of the park to separate it from the adjacent cemetery.

The estimated cost of the overall improvements to the College Street park is between $270,000 and $300,000, which was paid for using receipts from Bainbridge’s share of the Special Purpose Local Option Sales Tax (SPLOST). City employees did most of the site work.

Other city parks include the Andrews Street Park, which was renovated in 1998; Coyle Park off Boulevard Street, which has seen landscaping and lighting improvements in the past few years; and Chason Park, located off Donalson Street. Lake Drive Park in West Bainbridge has green space and benches but no playground equipment.

Palmer, who has compiled historical information and pictures on the College Street Park, said the park was originally dedicated in 1953 as the Dr. W.L. Wilkinson-Jaycees Memorial Park. She said the land used for the park was donated to the city by Mrs. Julia Wilkinson, Dr. Wilkinson’s widow, while most of the original playground’s construction was done by the Bainbridge Jaycees Club.

The councilwoman, the former Roslyn Wolffe, said she lived within walking distance of the park and has a picture of herself on the swing set as a small child.

“College Street wasn’t paved then,” Palmer recalled. “There were some houses nearby on Chason Street, but the houses along College Street next to the park aren’t there [in the old photos.]” 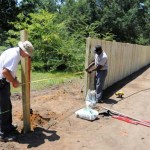 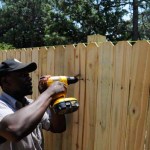 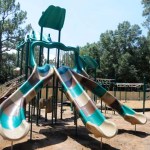 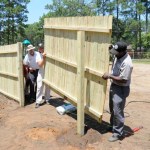 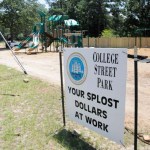