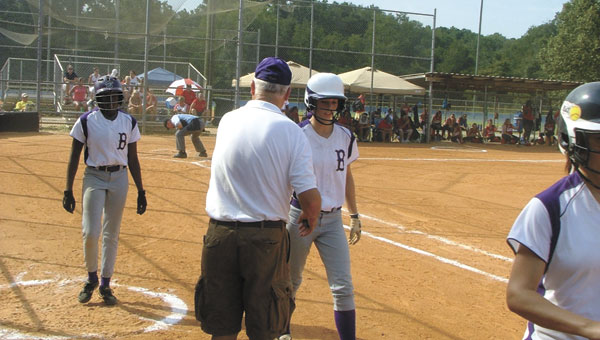 They picked up two runs in the sixth to pull out the victory. They were scored by shortstop Briana Wade and pitcher Caitlin Cato, who both singled.

Their big scoring innings against the Syrupmaids were the second and sixth. They scored four runs in both innings.

Pitcher Avis Jackson, shortstop Briana Wade and catcher Kristen Bennett all walked and scored in the second, while left fielder Diamond Bouie beat out a bunt and scored.

Key blow in the sixth inning was a two run double by catcher Kristen Bennett.

A seven run sixth inning powered the Lady Cats to their win over Lanier County. Key blows in the inning were two run singles by first baseman Lindsey Griner and catcher Kristen Bennett.