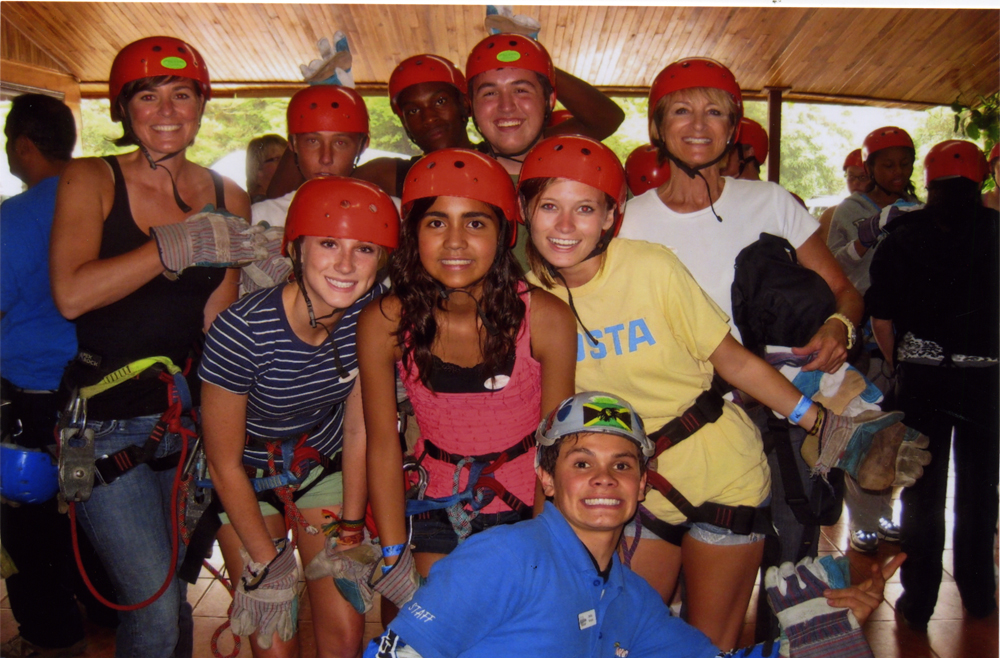 Students pose for a photo before they go on the “zip line”.

The students began the tour with a visit to the INBioparque, which is a museum dedicated to biodiversity in the country. From there, they traveled to the Arenal region, where they were able to visit the active Poas volcano. After that visit, they traveled to the beautiful waterfalls of La Fortuna, where they hiked two miles to the waterfall and enjoyed swimming in the very cold water. The group then continued on to the beautiful Lake Arenal for kayaking.

Another highlight of the trip was a visit to a popular hot springs. The group agreed that the hot springs were one of their favorite places, with “awesome” slides. The trip continued on into the Monteverde area, which was more mountainous. The students visited a high school and planted trees there to exhibit their support of the ecosystem.

The following day, the students visited an elementary school and were entertained by the students with native folk dances in their traditional costumes. The students then presented the young children with gifts of school supplies for their school. They also played soccer and volleyball with the students. 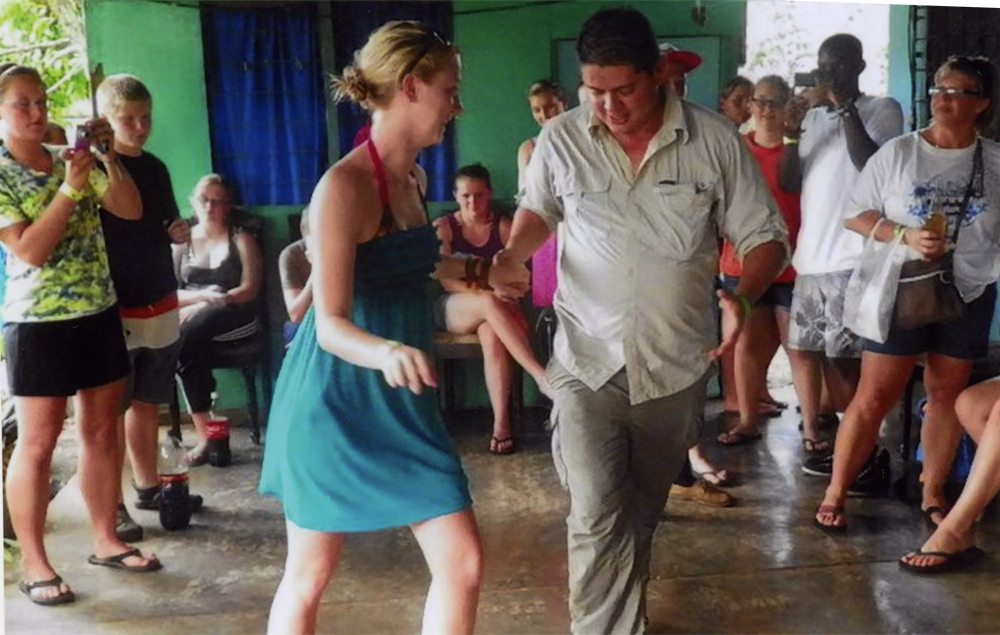 The students’ guide, “Tavo,” shows Charlton Reynolds and the other kids how to salsa dance.

One of the most enjoyable and breath-taking activities was the zip line, high above the rain forest floor. It was then time to visit the crocodiles and beautiful birds of Costa Rica. Of course, the guide sternly told everyone in the boat to keep their hands inside the boat and do not try to touch the 15-plus-foot-long crocodiles as they swam by. But as always, there is one who just has to “test the waters,” so to speak. Luckily, no one lost a hand!

Another highlight of the trip was not part of the normal tour. But our guide, Tavo, as we all called him, decided to take the group of 40 to his aunt’s house near the beach, and show us how to have a Costa Rican barbecue. He directed some students to cut up vegetables for a salsa and enlisted the help of others to start the grill and cook the sausage for a great recipe called “gallo.” Tavo then showed many of the students the salsa. What a wonderful side trip and inside into the Costa Rican culture!

The last three days were spent on the coastal beaches of Costa Rica. This trip allowed these students the opportunity to not only have fun, meet many new friends and practice some Spanish, but also to learn much more about the culture, people and ecosystem of Costa Rica.

For June 2012, Europe (including Spain, France, England and Italy) is the destination. A group has already been made. Anyone who is interested in travelling is welcome to join. Meetings will be announced after school starts.