Volunteers help out at ‘Day of Action’ 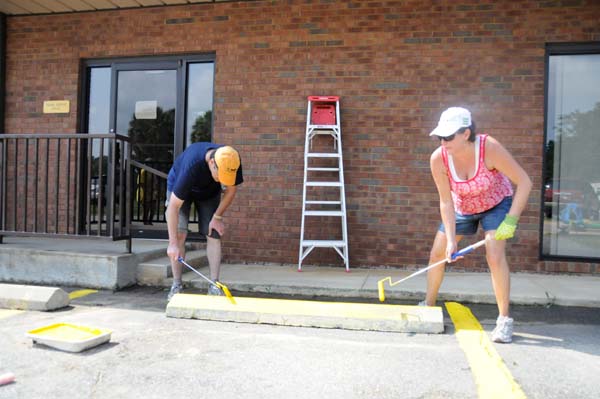 On Saturday morning, more than 20 volunteers put their words into action, as they helped clean up the Salvation Army’s thrift store as a part of the United Way of Bainbridge-Decatur County’s “Day of Action.”

United Way board members were joined by members of the general public, as they completed several needed improvements at the Salvation Army building at 600 S. Scott St. United Way board member Kim Walden said some of the projects included pulling weeds, repainting parking lot lines and tire bumpers, painting staircase railings and painting an indoor room at the building. The volunteers at the Day of Action, which lasted from 8 a.m. until noon, also collected various food items for donation, including peanut butter and rice.

Harrell said the Salvation Army has seen an increase in activity since the recent economic downturn.

“More and more people are coming for financial help, food, clothes or any help they can get,” she said.

Marjorie Mayfield, chairman of the United Way’s board of directors, said the Day of Action was first discussed in January.

“We had a planning retreat in January, to talk about what the United Way could do to help in the community,” she said. “We decided to hold a ‘Day of Action’ to help local agencies. Every board member visited one of 12 agencies and talked with their directors about the needs they were facing.”

“We wanted to select agencies where we felt we could make a big impact right away,” Mayfield said.

Mike Clinton, a member of the local chamber of commerce, and one of the event volunteers, said Saturday’s activities were a great way to give back.

“It’s for a worthy cause, to help the Salvation Army, so I wanted to come out and help,” he said. “We know there a lot of people who need help from this group. It’s nice to have the opportunity to give back to the community like this.”

Harrell added that the volunteers Saturday truly exemplified the Christian tenet of helping others.

“Even though we’re going through difficult times in Decatur County, God has his hand on the Salvation Army and the needs of our community,” she said. 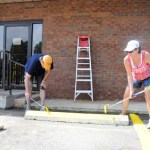 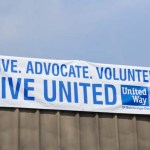 A SIGN for the United Way hung on the roof of the Salvation Army building Saturday. 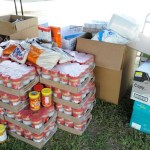 JARS OF PEANUT BUTTER and other food items were donated throughout the day. 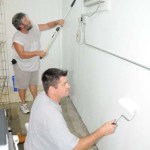 MIKE CLINTON of Climax and Chip Walden of Bainbridge work to repaint the walls of the Salvation Army’s “receiving room.” 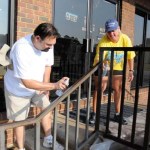 SCOTT DUNN of Bainbridge and Vanessa Arthur of Bainbridge repaint the metal railing on the steps of the Salvation Army’s front entrance. 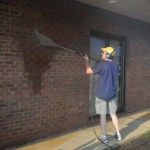 SCOTT POUNDS, the plant manager at BASF in Atapulgus, cleans off the outside of the Salvation Army building, with a pressure washer.

The Adjourned May Term, 2011, Grand Jury for Decatur County was convened on Tuesday, Aug. 2, by Judge J. Kevin... read more