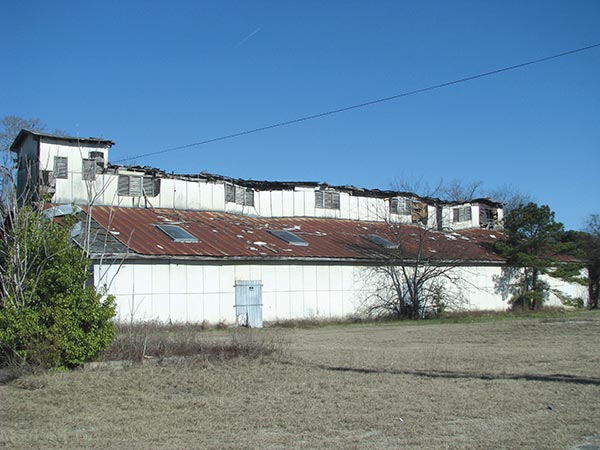 The former peanut warehouse at the old Lynch properties, as it looked before it was acquired by Joe Frank Battles, who abated abestos issues inside and tore it down.

After months of negotiations, the Lynch properties, consisting of five parcels situated behind Stones, has sold to local entrepreneur, Joe Frank Battles.

The original site of Miller-Hydro Manufacturing for many years, it then became Lynch Corporation. The properties have been vacant for several years.

The condition of the some of the buildings, especially what is known as the old peanut warehouse, have long been subjects of concern and controversy.

Battles said his original concept was to buy the old warehouse and clean up the area. Due to the fact the building contained asbestos materials, he had someone lined up to abate and tear down the derelict building, which had been condemned by the City of Bainbridge, and rid the area of an eyesore.

He said the owners of Lynch were not willing to break up the properties, so he negotiated with the owners for several months to obtain the entire property. When he thought he had it worked out, the roof literally fell in on the old warehouse, making it more unstable and harder to clean up. At that point, he says he backed out of the negotiations.

Eventually, Battles said the agreement was changed to cover increased costs of abatement and cleanup by a certified team, all of which has now been accomplished. All that is left is the dirt and concrete flooring.

When asked what he plans to do with the rest of the parcels, Battles said the brick building that was once an old telegraph office has been cleaned up, cleaned out and secured, as it had become a hang-out for questionable practices. He said the decision will be made in about a week whether to keep it or tear it down.

Parcels 76 and 77 are the office complex and large manufacturing area. His plans for that space are to look for a buyer or someone to invest in office space and/or manufacturing. Another option would be for him to go into micro-office management, commonly referred to as an incubator, where start-up businesses share space and overhead expenses until they can become profitable. If that were to occur, he would consider moving his sign business to some of the space, but the manufacturing area is five times bigger than what he now has or needs.

Parcel 93 has the large original offices and old manufacturing building areas that have been modified and added to many times. It has the newest manufacturing area. Battles said he is currently working with a party to take over demolition of the oldest parts of the building, which he believes have salvageable materials.

“Having daily commercial activity there would have a positive impact on the neighborhood,” said Battles, who wants to see the  area improved.

“All or any part of the parcels are now for sale or for lease. I’ll entertain any offers,” he concluded. 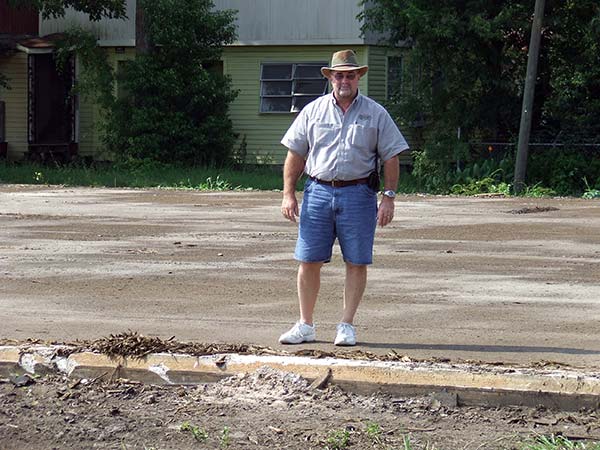 STANDING NEAR THE VACANT SITE of the former peanut warehouse at the old Lynch properties is new owner Joe Frank Battles.