Coach Lea Hawkins’ Bainbridge High School football and competition cheerleaders led the fans in cheers as the players went through their drills.

‘‘The atmosphere was great for midnight madness,” Bearcats head coach Ed Pilcher said. “We really appreciate our fans and cheerleaders coming out. Our players are all working very hard at camp this week.” 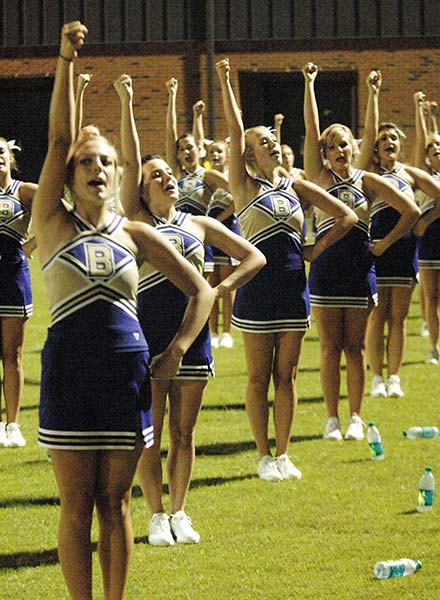 The Bearcats will open their season Friday, August 26 against the Early County High School Bobcats at Centennial Field. Kickoff will be at 7:30 p.m.

A pre-season scrimmage with former region opponent Americus-Sumter is scheduled for the week before the official opener; details are being finalized, Pilcher said. 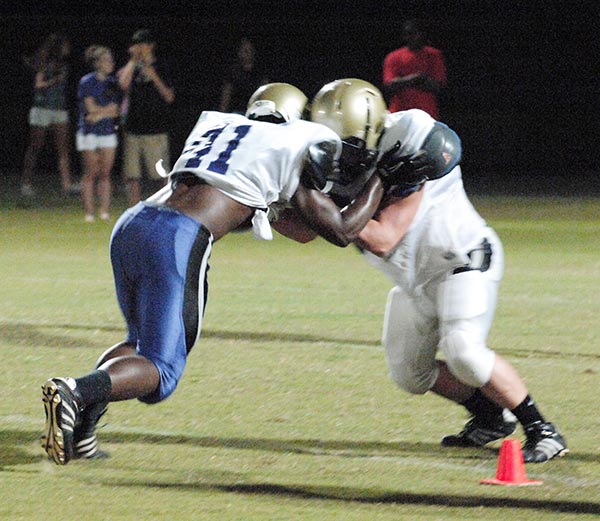