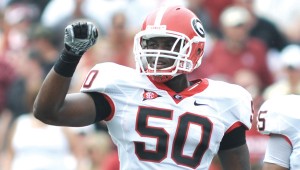 Gamble, who played linebacker for the University of Georgia Bulldogs, reported on his Facebook page that he will be signing with the San Diego Chargers.

The Arkansas News Bureau reports that Dominguez, who was among the undrafted rookies permitted to negotiate with teams starting Tuesday morning, confirmed he will be fighting for a roster spot with the defending Super Bowl champion Green Bay Packers.

In a Twitter message, Dominguez—who was an offensive lineman for the University of Arkansas Razorbacks—posted the following. “Packing up and Green Bay bound. God is good.”

Dominguez will join Arkansas teammate D.J, Williams in Green Bay. The Packers selected Williams in the fifth round of the 2011 draft.

The four-month labor dispute between NFL players and owners came to an end Monday when the players ratified the 10 year collective bargaining agreement with the owners.

Dominguez told the Arkansas News Bureau that waiting for the lockout to end was tough.

“The longer this lockout kept stretching, the worse it looked for undrafted free agents,” Dominguez said. “There were no mini-camps, no [organized team activities] … it hurt.”

As a sophomore in 2008, Gamble was named Southeastern Conference defensive player of the week and received an ESPN helmet sticker after returning two interceptions for  touchdowns, including one on the game’s first play in a road victory over he Louisiana State University Tigers. He also had 13 tackles in the game. 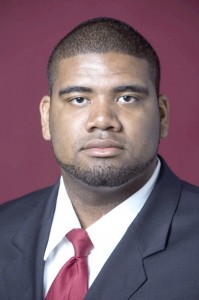 Dominguez played in 41 games during his four-year career at Arkansas and started more than 30 games. He was part of an Arkansas offensive line that helped the Razorbacks break school rushing and passing records and a 10-3 record in 2010.

Gamble and Dominguez both played under Coach Greg Guy with the Bearcats. They were teammates on the BHS basketball team.

Other former Bearcats currently with National Football League teams are defensive back James Butler Jr. with the St. Louis Rams and defensive lineman Malcolm Sheppard  with the Tennessee Titans.

Sheppard reported to the Titans’ training camp in Nashville, Tenn., early Tuesday morning, as returning players will allowed to begin working out at team facilities immediately. Training camp for all teams begins Wednesday, however, free agents like Dominguez and Gamble won’t be eligible to practice until Aug. 4.

Bearcats to have annual midnight practice