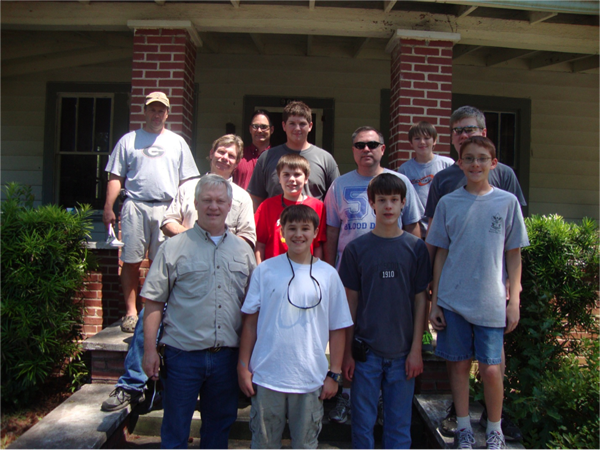 Aaron Carraway chose as his Eagle Scout project to replace broken windows in a house used by Friendship House of Jesus in their ministry to teen girls.

Mr. Schuyler provided a great deal of expertise in the glass replacement, located the glass and provided special tools for the job. The glass was donated by Michael Moore at Cairo Glass and Paint.

Young Carraway is thankful to his crewmates, Cairo Glass and Paint and to Paske and the Friendship House for their ministry to the Lord and the community.