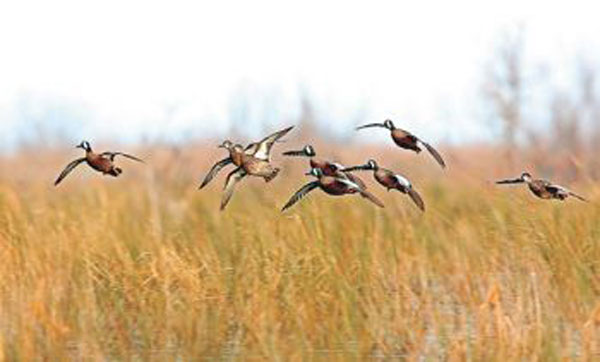 FOOD PLOTS that can be flooded 8 to 12 inches are magnets for ducks. However, food plots for ducks are more difficult to manage than for doves.

If I had to choose the most challenging type of wing shooting, duck hunting would be at the top of my list.

Those early morning hunts are one of the few things that really gets the adrenaline pumping through my system. The anticipation of sunrise, cool, crisp air and the arrival of ducks at the pond make duck hunting a popular activity for thousands of hunters across the Southeast.

What type of area is considered ideal for attracting ducks? 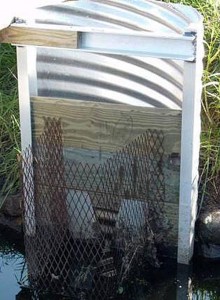 A SHALLOW DIKE with some type of water-control structure such as a flash board riser is a cheap and effective way to control water levels in a flooded field. Flooding generally begins in September through November, with full flood occurring by late November.

Most extension wildlife specialists agree that food plots in areas that can be flooded 8 to 12 inches are magnets for ducks. A shallow dike with some type of water-control structure such as a flash board riser is a cheap and effective way to control water levels in a flooded field. Flooding generally begins in September through November, with full flood occurring by late November.

Food plots for ducks are more difficult to manage than for doves. Current federal regulations allow waterfowl hunting over standing crops and harvested crops (flooded or not). Crops, however, cannot be manipulated except by standard agricultural practices used to establish, manage and harvest the crop.

Federal and state regulations indicate that grain that is scattered through harvest operations, while entering or leaving the field or placing decoys or retrieving birds is not considered bait. Nonetheless, you should always check the current U.S. Fish and Wildlife Service and state hunting regulations before hunting.

One of the main concerns in a flooded food plot is the deterioration of the seed. That is why native wetland duck forage last longer than agricultural crops such as corn and soybeans. Native plants like smartweeds, sedges and panic grasses planted around the edges of the food plot hadikuve lower levels of deterioration 90 days after flooding and they are higher in protein than most agricultural crops.

Millet mixtures such as brown top and white proso millet are highly sought after by several duck species. Brown top millet has a maturation date of only 60 days (white proso, 70 days) and a deterioration rate of only 25 percent after 90 days of underwater, making this a desirable food source.

Japanese millet can be flooded shallowly, but not inundated, soon after establishment. This supports wetland habitat into the growing season and helps provide weed control. Japanese millet has a maturation date of 90 days after germination and a deterioration rate of 57 percent after 90 days of inundation.

Often, Japanese millet re-establishes in an area where previously grown if it is allowed to mature and produce seed. “Naturalized” Japanese millet can be managed legally, as can other naturally occurring wetland plants.

Grain mixtures containing corn and milo have deterioration rates of 50 and 42 percent, respectively, after 90 days. Soybeans should not be flooded for ducks because they decompose rapidly (86 percent over 90 days) and may cause food impaction within duck crops (throat), which can be fatal.

Chufa can be planted for ducks, just as for wild turkeys. Ducks relish the tubers, much as turkeys do. Chufa grows best in well-drained sandy loams, but can be grown in predominantly clay soils as well.

This is not a problem when planted for ducks because the area is later flooded, which makes the soil relatively soft, enabling ducks to get to the tubers. Chufa does best in high-fertility soils; therefore, P and K levels may be raised to high levels (31-120 and 161-320 pounds available per acre, respectively).

Once chufas have grown 6 to 12 inches in height, they can be top dressed with ammonium nitrate (100-200 pounds per acre). A chufa will mature approximately 100 days after germination. Broadleaf weeds can be controlled with 2, 4-D and problem grasses can be controlled with Select. “Clean” chufa plots typically produce greater yields than weedy plots. Chufa planting can be expensive (approximately $3.50 per pound).

Winter wheat sown in the fall can be flooded after it reaches about 6 inches in height. This produces an excellent food source for Canada geese and other waterfowl.

Source: Craig A. Harper, Wildlife Specialist, University of Tennessee Cooperative Extension. Mitchell May is the Decatur County Extension agent. He can be reached at (229) 248-3033, or by email at lmmay@uga.edu.