Bearcats gearing up for Aug. 26 opener 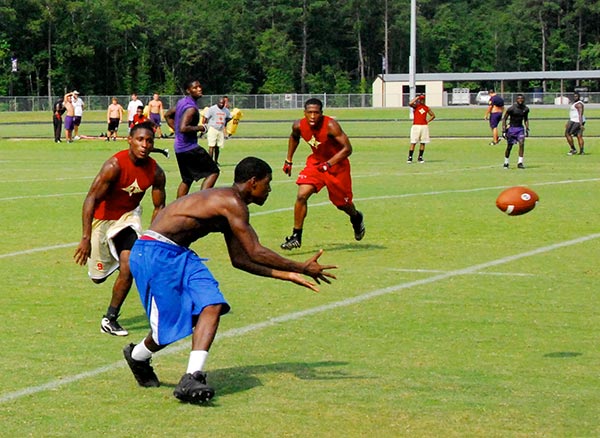 JUNIOR RUNNING BACK Damian Bouie reaches low to catch a pass from senior quarterback Quincy Fortson during the July 13 passing camp at BHS. Bouie is one of three fast, experienced backs the Bearcats will look to find success with this season.

In anticipation of that day, Ccach Ed Pilcher’s Bearcats have been running through various drills in shorts on the practice field to build their speed, stamina and agility,  working out in the weight room to build their strength and competing in passing camps against other area teams. 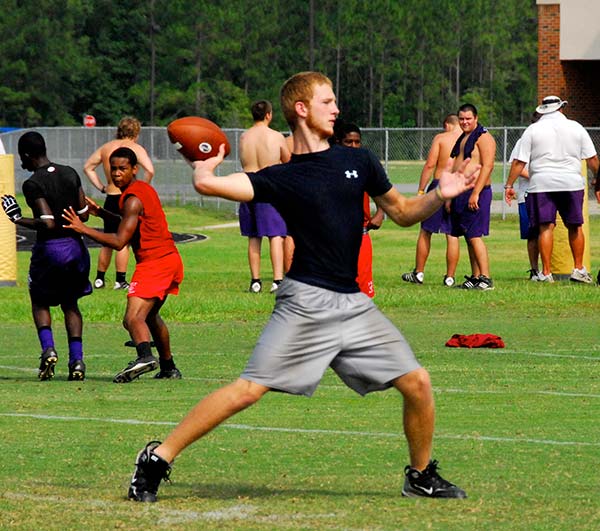 Next Thursday, July 28, the Bearcats will be hosting a passing camp at 4:30 p.m. at their on-campus practice field.

Visiting teams will be Cairo, Thomas County Central, Chiles and Leon of Tallahassee, Fla., Eufaula, Ala., Northview of Dothan, Ala. and Abbeville, Ala. 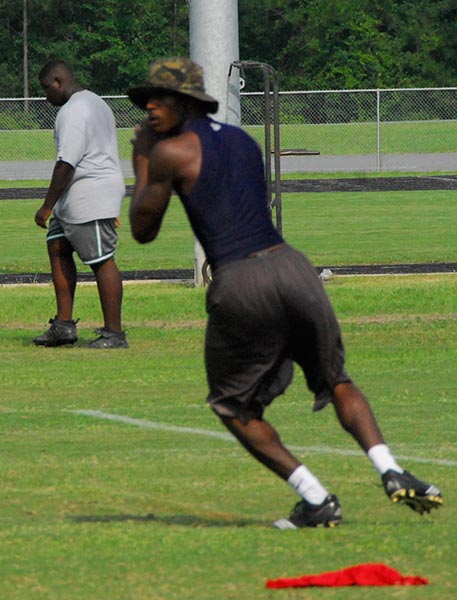 SENIOR QUARTERBACK Quincy Fortson drops back to pass during the July 13 passing camp at BHS.

Jeglinski could also be doing the long snapping for punts and place kicks.

One of the key returning defensive starters is  senior tackle Shamai Wilburn, who was a second team All-Region 1AAAA selection by the region coaches a year ago.

In 2010, Wilburn had 29 tackles, three tackles for loss, eight quarterback pressures, one quarterback sack and one caused fumble.

With the graduation of All-Region 1AAAA place kicker Keenan Adams, sophomore Daniel Provence, who took over the place kicking duties when Adams suffered a season ending knee injury in the second game of the 2010 season, returns following a good freshman season.