Collier, others awarded by Rotary 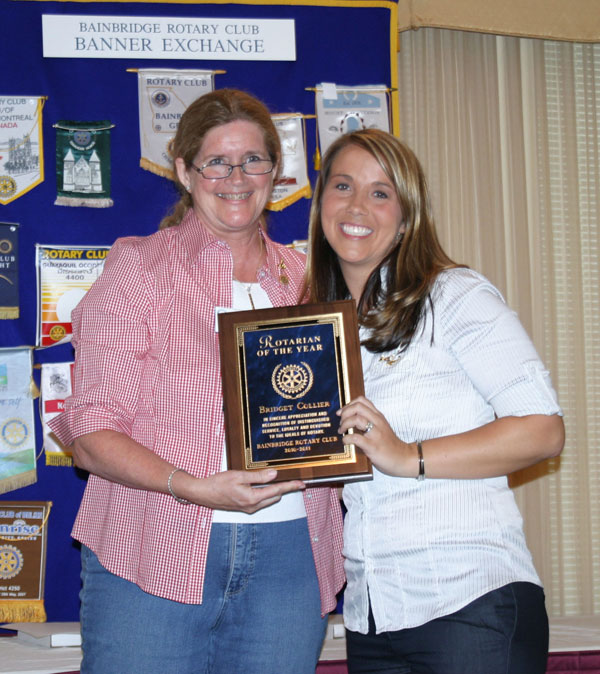 RECOGNIZED FOR HER OUTSTANDING WORK for the Bainbridge Rotary Club is Bridget Collier, on the right, who was named Rotarian of the Year. She is congratulated by President Emily Yent, left. 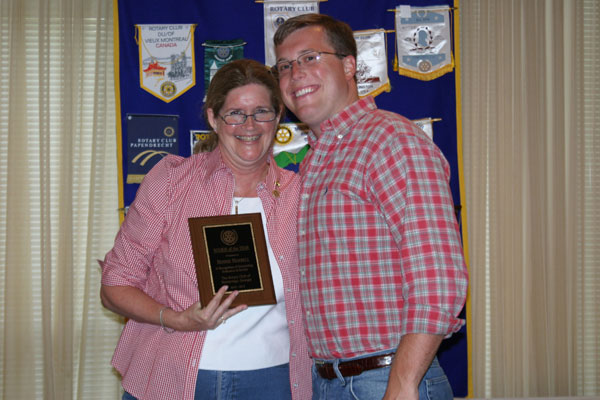 ROTARY CLUB’S Rookie of the Year is Benny Harrell, on the right, who is congratulated by outgoing President Emily Yent. 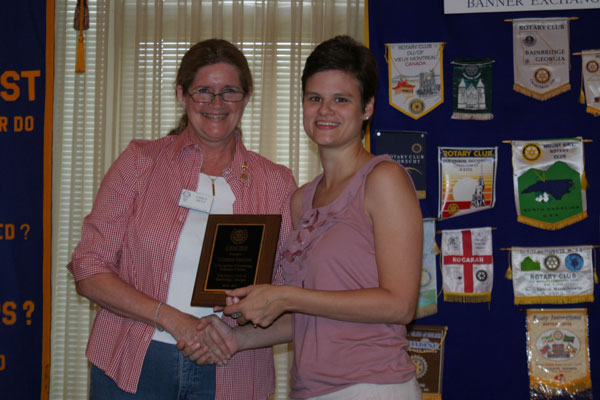 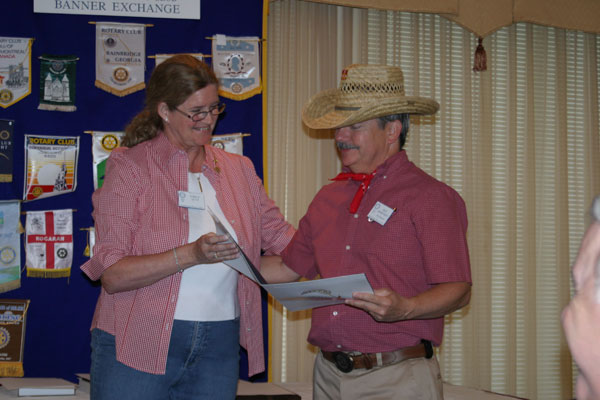 DON ROBINSON, on the right, is honored by President Emily Yent, on the left, with the Rotary International Five Avenues of Service Award. 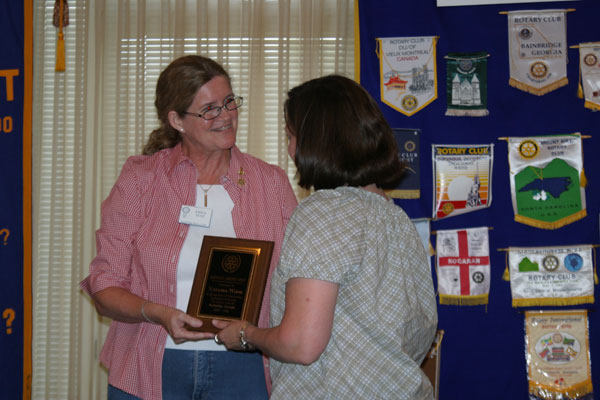 NATASHA WOOD, with her back to the camera, is given the Service Above Self Award by outgoing President Emily Yent.

Members of the Bainbridge Rotary Club gathered for their annual awards banquet at the Charter House Inn on June 21.

Meeting and greeting all, with a rather large smile on her face, was outgoing President Emily Yent.

This celebration together, was in honor of a year of successful service under her leadership. Rather than lots of talk following the dinner, Yent did her speaking through awards.

She noted that the Rotary Club this year had received both the Rotary Governor’s Citation and the Presidential Citation. These awards recognize the success of the local club in meeting goals aiding in the efforts of ending hunger, providing clean water, eliminating polio, and building world peace.

She also related that the club had recently been recognized at District Conference for support of the Rotary Foundation and for particular projects involving literacy in the Bainbridge community.

Members of the outgoing board of directors were each recognized with the gift of a plaque. This included Marjorie Mayfield, Don Robinson, Marlene Free, Jay Wells and Bridget Collier. Outgoing Secretary Bo Jones and Treasurer Bill Burke were also commended.

For his work in the Bainbridge Rotary Club, Rotary District 6900 and the community, Robinson received the prestigious Rotary International Five Avenues of Service Award.

Other individual awards included the Rookie of the Year, Benny Harrell; Service Above Self Award, Natasha Wood, and Four-Way Test Award, Catherine Vanstone.

The highlight of the evening was recognition of the club’s Rotarian of the Year. For her outstanding work all across the face of Rotarian service, Bridget Collier received this honor. To further honor her over this accomplishment, the past presidents of the Rotary Club contributed $1,000 in Collier’s name to the Foundation that supports the Georgia-International Student Program, GRSP. This now provides Collier recognition as a Will Watt Fellow and allows her to wear the distinctive pin associated with that level of gift.

July 1 began the official Rotary year for John Dowdy, his board and team.