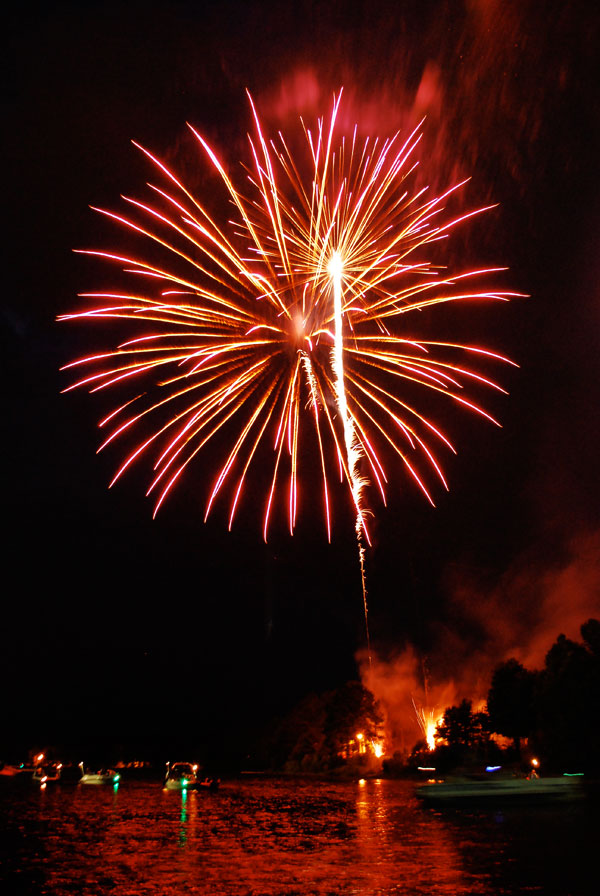 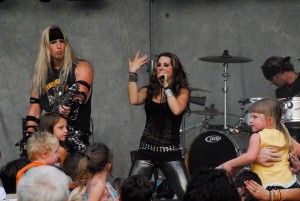 Thousands of people enjoyed a cool breeze, some rock ‘n’ roll music and a spectacular fireworks show at the Earle May Boat Basin Monday night as part of Bainbridge’s Fourth of July celebration.

Between 4,000 to 5,000 people came out to the Boat Basin for Monday night’s entertainment, city officials estimated. There were several signs of a larger crowd, including lots of activity around the new mega-ramps; an after-fireworks traffic jam that required lots of coordination and effort on the part of law enforcement; and just generally lots of families and friends out enjoying themselves.

Bainbridge City Manager Chris Hobby said Monday’s turnout was probably the largest at the city’s Fourth of July festivities since country superstar Jason Aldean performed in 2007. Aldean was still an up-and-coming act at the time but managed to bring an estimated 10,000 to 12,000 people to his hour-long free show that year.

“We were very pleased with the turnout and the crowd seemed to have a good time,” Hobby said Tuesday.

The Bainbridge City Council approved a scaled-back Fourth of July event due to budget concerns; however, a $15,000 fireworks show put on by East Coast Pyrotechnics of Catawba, S.C., clearly wowed those gathered in and around the Boat Basin, Cheney Griffin Park and those watching from boats on the Flint River.

Although the daytime high was 94 degrees, a steady breeze had cooled the air by the time Fly-By Radio took the stage at 7:15 p.m. The rock ‘n’ roll cover band performed a number of hits from the 1980s and 1990s over the course of about an hour and a half. A little bit of rain fell as the fireworks wound down but it wasn’t enough to put a damper on the fun.