Markham Lion of the Year 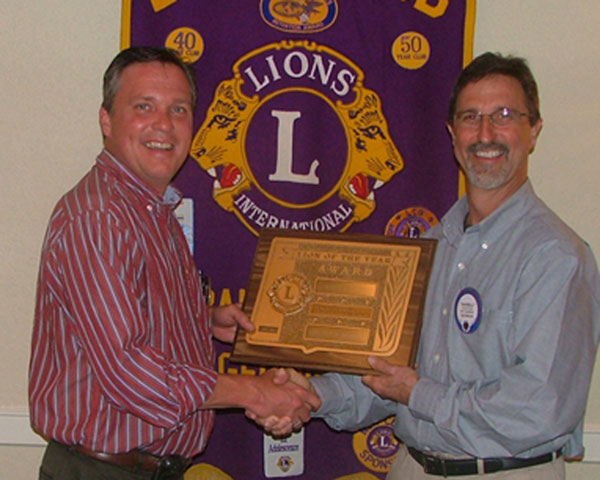 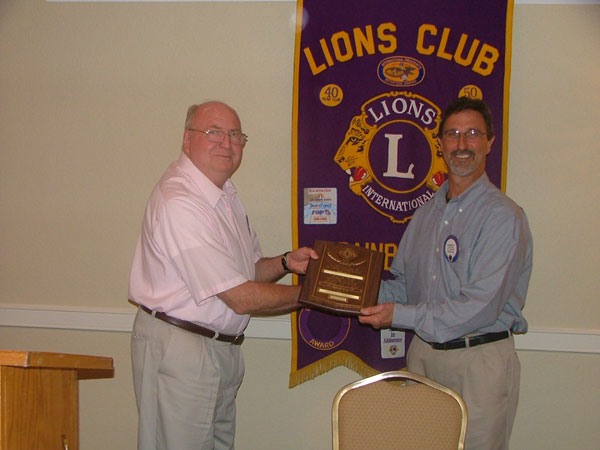 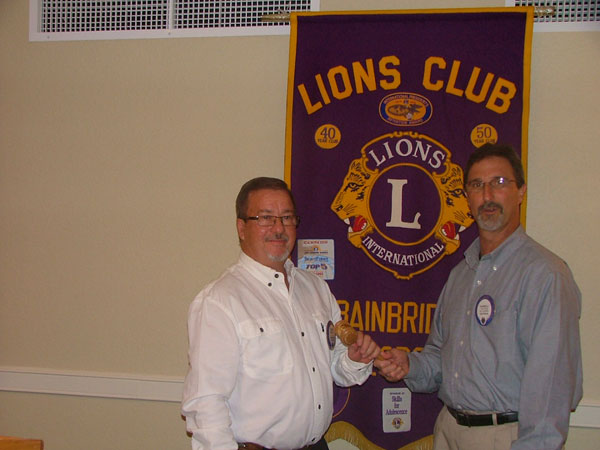 The naming of Ken Markham as Lion of the Year and Harrell King as outstanding president highlighted Tuesday’s Bainbridge Lions Club awards night banquet at The Charter Hose Inn.

In making the Lion of the Year presentation to Markham, King, who also turned over the gavel to incoming President Randy Dunlap, praised him for the many strong unselfish contributions he has made to the club during the past year.

“Ken Markham is an outstanding Lion who unselfishly works for the betterment of his fellow man through his participation in all of our Lions projects,” King said. “He exemplifies the Lions’ motto of we serve.”

“Whenever I called on him to work on projects, he always said yes,” King said.

He and a number of other club members also assisted the Calvary Lions Club in preparing for and participating in their annual Mule Day Festival.

Lion of the Year Markham is also a Lions District 18-C zone chairman.

The Spring Creek Volunteer Fire Department and the Ladies Auxiliary are holding their annual butt and rib sale on Saturday,... read more