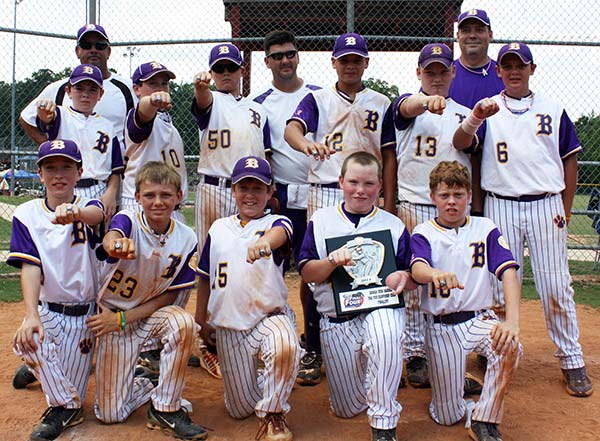 The Bainbridge Bearcats 11-year-old and under baseball team are second in the state in the United States Specialty Sports Association (USSSA) AA division.

After completing an outstanding 35-20 regular season, and finishing number two out of 106 AA teams in the state, they qualified for the State Final 4.

Winners of each tournament advanced to the Final 4. The junior Bearcats beat teams from Columbus, Moultrie, Macon, Warner Robins and Tifton.

Saturday’s semi-final games pitted the Crush against the Bearcats. The Bearcats won the series and advanced to the finals.

The 11-and-under Bearcats will have two weeks of open tryouts for their fall season beginning July 23. More information about the time and place of tryouts can be obtained by contacting Stacy Strickland at (229) 220-2205 or Al Kelley at (229) 515-0086.