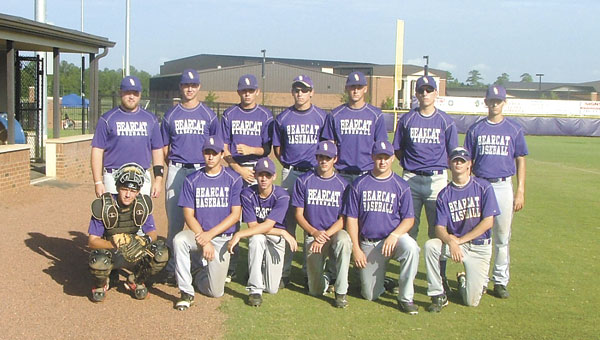 The victories came in the Bearcats Summerball Wood Bat Tournament at Bearcat Field.

The winning pitcher in a 7-0 Wednesday shutout was left-hander Tate Lambert, who hurled the first six innings. Right-hander Rion Murrah hurled the seventh.

Thursday’s final day of tournament action featured the Bearcats defeating Coosa Valley 6-1. The game was called in the top of the sixth inning due to lightning. The winning pitcher was left-hander Jake Goodson.

Among those coming up with big hits and key defensive plays in the games for the Bearcats were Blake Voyles, Gunnar Griffin, Jordan Cox, Michael Faircloth and Trevor Watts.

Coach Miller said he thought his team got a lot of valuable experience in the tournament.