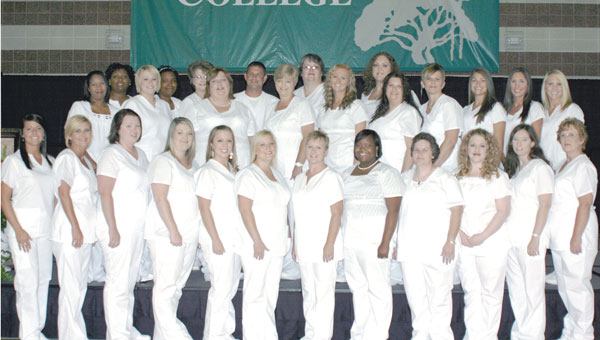 The 28 Associate of Science in Nursing degree graduates, who received their degrees at Bainbridge College (BC) graduation May 12, marked their transition from students to professional nurses May 13 in a traditional pinning ceremony.

The largest cohort to graduate from the program, they received pins in BC’s new Student Wellness Center where they had graduated the night before. The distinctive pin was designed specifically for the BC program, which is also known as the Associate Degree of Nursing (ADN) program.

Vice President of Academic and Student Affairs Tonya Strickland welcomed participants to the program, and Health Sciences Division Chair Sheree Dickenson spoke about the strengths and attributes of each graduate as reflected in the Nursing Code of Ethics.