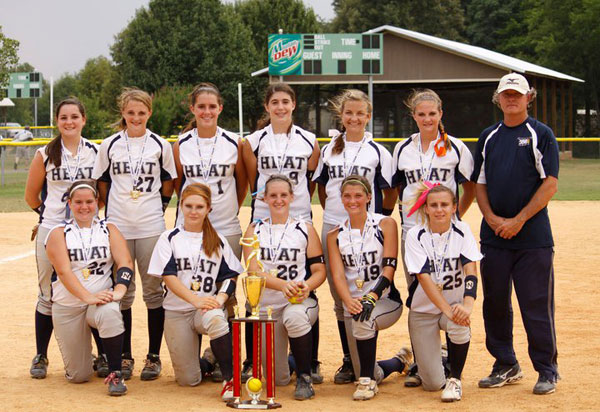 Team members were from Bainbridge and Tallahassee, Sneads and Bonifay, Fla.

They defeated Coastal Surge 6-1 in the championship game.

Harrison and Lindsey Griner earned Gold Glover honors for their outstanding defensive play in the tournament.

Top offensive performers for the Panhandle Heat were Hannah Calhoun, Lindsey Eubanks and Micah Williams, who all batted .500; Jensen Strickland, who batted .461; Brooke Williams,, who bated .454, and Mallory McDaniel, who batted .416.

The team has been playing hard in memory and honor of Alexis Patty, one of their former players who passed away in an automobile accident a few months ago. They wear an armband that contained her No. 14.

In July, the team will be competing in the USFA World Series in Panama City Beach, Fla.