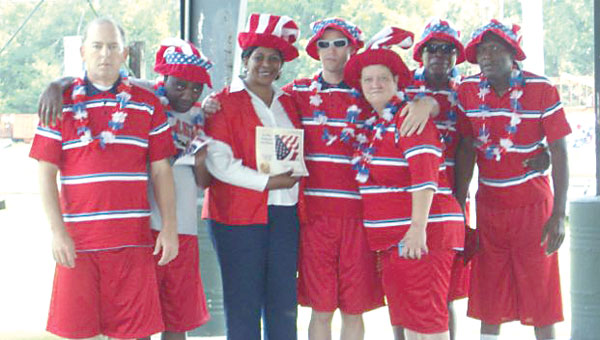 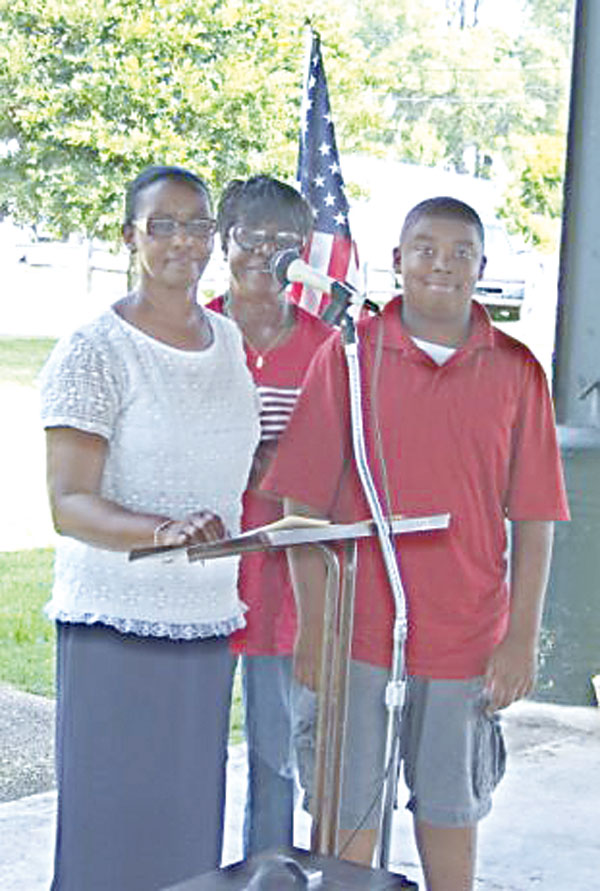 GRAND MARSHAL, on the right, is Julian Martin, who introducing him on left is Barbara Pugh. Martin’s grandmother is retired Army nurse and colonel, Mrs. Clifford Simons. Julian also won second place in the Most patriotic category. 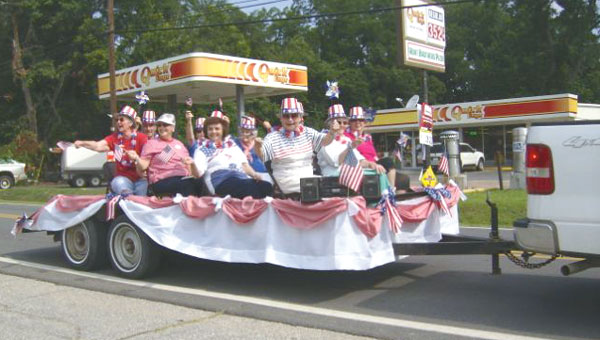 MOST ORIGINAL first-place is the Climax Golden Agers. 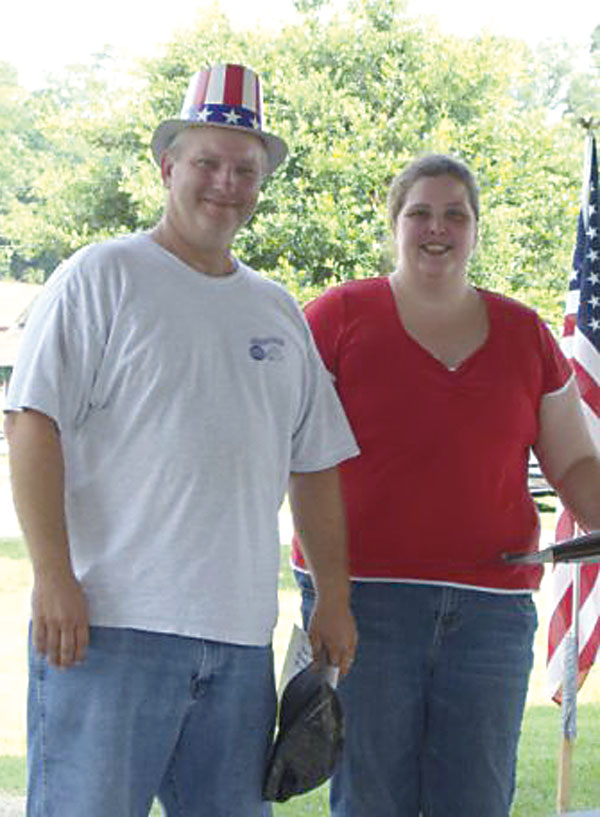 MOST SPIRITED first place is Chip Wray, on right, as Brandi Singleton, on the left, presents him the award. 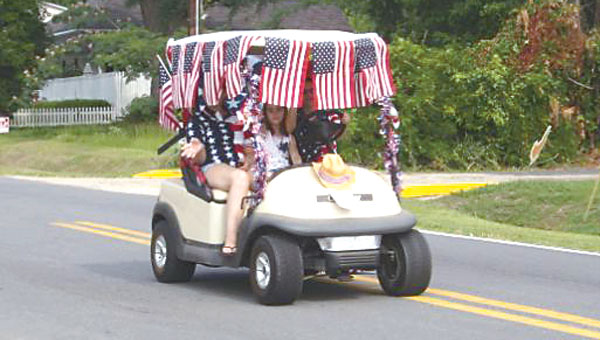 PAULA HURT and her daughters, Jessica and Adrianna, remember and honor her dad and their granddad, Paul Maloy.

Climax held its 23rd annual Flag Day celebration on Saturday with a welcome and short speech by Mayor Charles Hadsock, who said Flag Day commemorates the date 1777, when the Second Continental Congress officially made the stars and stripes the symbol for America.

He went on to say that over the past many years the American flag represented the symbol of freedom, inspiring hope for people suffering under tyranny. He said the flag rallies the country in times of conflicts. He gave the many places such as parades, government buildings and homes where the flag is flown, ending that it was folded at the grave of our heroes who bravely served this country in the military.

Hadsock said all should show respect for the flag, and respect for those who serve under it as Flag Day is the way we honor the flag and a way to thank our men and women in uniform. He encouraged all to express appreciation to those serving our country, and to serve one another by lending a helping hand to others in need, including helping a child learn to read.

He concluded that it was our duty as Americans to first and foremost serve our country, to defend the cause of liberty, and to extend the voice of freedom across the earth.

Mayor Hadsock closed with several quotes from Thomas Jefferson, “Democracy will cease to exist when you take away from those who are willing to work, and give to those who would not.” And, “My reading of history convinces me that most bad government results from too much government.”

The invocation was given by the Rev. Lester Hayes, and Mayor Hadsock recognized the attending dignitaries.

Grand marshal for this year was Julian Martin of Climax, son of Crystal and Antonia Whigham and the grandson of retired Army colonel and Army nurse, Mrs. Clifford Simons.

Young Martin is a rising fifth-grader and was the state winner of the National Bonnie Plants mega cabbage contest while a third-grader at Grace Christian Academy. His cabbage was chosen from 23,000 others grown by third-graders in Georgia.

This past April, Martin was presented a $1,000 scholarship savings bond, and he says he plans to start his first cabbage crop with that scholarship after graduating from high school. He has three siblings: A sister, Syria, and twin brothers, Cameron and Caylin.

Parade float winners are as follows: The Golden Agers won first place in the most original category with their “Grand Old Flag” float. Second place went to the students from RISE tutoring center.

Receiving special recognition was Paula Hurt and daughters, Jessica and Adrianna, as they decorated the Maloy’s golf cart in memory and honor of their dad and grandfather, Paul Maloy, who was always very involved with Flag Day festivities.

Sandra Thomas remembered all veterans and gave special recognition to the two who passed away this year, Clifford Wells and Paul Maloy.

After the retiring of the old flags and the raising of the new flags by the Bainbridge High School Junior ROTC, Cheryl Carvajal sang the National Anthem. Mayor Pro-Tem Bob Thomas led the Pledge of Allegiance, and Sam Sirmons led “America the Beautiful.”

Hadsock thanked Bob Jones for the placement in the park of the 16 crosses and flags on Veteran’s Day and Memorial Day. He also thanked Bubber Hester, Bob Thomas, Liz Phillips and others responsible for the veteran’s memorial in the park

Parade awards were presented by Liz Sheddy Phillips and Brandi Singleton. Phillips gave a brief history of the Climax Flag Day parade, which was started 23 years ago as a children’s parade to teach the children to respect and honor the flag. Martha Hawthorne was mayor at that time and asked Phillips to direct the parade. The parade has grown into today’s Flag Day celebration honoring the flag, and all veterans and those serving in the military.