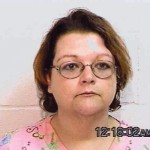 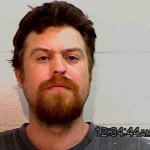 Two persons were arrested for hoarding more than 50 cats in deplorable conditions, and now the Bainbridge-Decatur County Humane Society is questioning why it got stuck with the bill.

Lt. Rich Ashley of the Decatur County Sheriff’s Department said they had wanted to pursue felony warrants against Owens and Wisham, but the magistrate denied it. Warrants were also issued for failure to register and vaccinate more than 50 cats.

On April 18, Decatur County Sheriff’s deputies, as well as Beth Eck and Chuck Wesley from the Humane Society caught and caged 38 cats, with another 10 that were estimated to be roaming free around the single-wide trailer located at 261 Brinson-Airbase Road.

When deputies and Humane Society representatives arrived, they had to scoop away feces just to open the door of the mobile home. Every room had approximately six inches of cat feces in them as well as personal items, furniture, balls of yarn and garbage scattered throughout, Eck said. Most of the personal items and furniture were stained with cat urine or feces.

One cat was found dead and another cat’s tail had been either bitten off or gnawed off, Eck said.

And as of Tuesday, Eck said three of the cats were euthanized immediately upon arriving at the animal shelter because of their condition, and another 15 were euthanized on Monday because the shelter is overcrowded with kittens. Approximately 30 of the original 50 remained at the shelter on Tuesday.

Although Eck said she wants to assist law enforcement with any animal pick-ups, Humane Society officials are questioning why county personnel are making routine use of a form that allows owners to relinquish their rights to animals.

Eck and Humane Society President Pam Immendorf claim the growing use of the relinquishment form is now being abused and used in a manner it wasn’t intended to be—in other words, it’s a loophole, they claim.

“Now it’s become a tool by which [the county government] can avoid costs and keep the bill down,” Immendorf said.

The county currently pays $15 per animal, per day, for a maximum of five days, Immendorf said. County commissioners are considering reducing the time stray animals are kept from five days to three days.

The county is also billed $20 for each animal brought in by county personnel if that animal is euthanized.

The Humane Society is asking the county to contribute $5,000 a month toward the shelter’s operation.