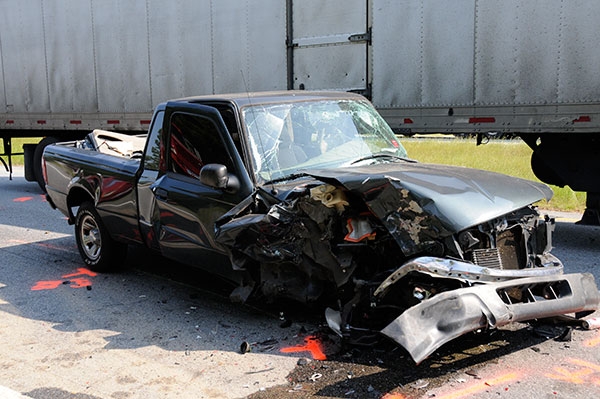 Todd Michael Hooper of Donalsonville, Ga., the driver of this Ford Ranger, died as a result of injuries he sustained in a wreck on U.S. 84 West on Monday afternoon, according to the Georgia State Patrol.

A Donalsonville, Ga., man died as a result of injuries he sustained in a wreck on U.S. 84 West on Monday afternoon, according to the Georgia State Patrol.

Todd Michael Hooper, 45, of Donalsonville, passed away at about 7:50 a.m. Tuesday morning at Tallahassee (Fla.) Memorial Hospital, according to State Trooper John Kirkus of the GSP’s Colquitt, Ga. post.

The accident happened shortly before 4 p.m. Monday next to the Kingdom Hall Jehovah’s Witnesses church at 2798 Dothan Road, or about 4.5 miles southeast of the town of Brinson.

Hooper was traveling west on U.S. 84 in a Ford Ranger pickup truck when he approached some vehicles that had stopped for a school bus that was dropping off children, Trooper Kirkus said.

It appeared that Hooper, who was not wearing a seat belt, never attempted to brake for the stopped vehicles, Kirkus said. There was no indication that Hooper was driving distracted, the state trooper said. An autopsy was being conducted on Hooper in Florida as a standard procedure for accident victims who pass away in that state, according to Kirkus.

The force of the crash pushed the Frontier forward so that it was next to the school bus, which had just dropped off two children when the accident occurred, Kirkus said. The school bus itself was not hit and the children were not injured.

However, Hooper was trapped in the driver’s seat of his pickup, the front end of which had been devastated by the collisions. Hooper’s chest broke the truck’s steering column and his head went through the windshield, according to Trooper Kirkus.

Decatur County Fire and Rescue responded and used the Jaws of Life to open up the front and rear doors of the pickup to allow Emergency Medical Service paramedics easier access to the injured driver, firefighter Guy Yates said.

EMS personnel had just strapped Hooper onto a gurney when he went unconscious and they had to perform CPR on him, Kirkus said. An emergency medical helicopter briefly landed on the highway, but due to Hooper’s condition he was first taken to Memorial Hospital in Bainbridge so that he could be stabilized, the state trooper said. The helicopter later transported Hooper to Tallahassee Memorial.

The driver of the semi-trailer truck was identified by the GSP as Anthony Anderson, 44, of Ocoee, Fla., who was driving for ABA Carriers Inc.

The driver of the Nissan Frontier was identified by the GSP as Eric Adam Strough, 49, of Donalsonville.

Todd Hooper was the brother of the late Scott Lee Hooper, who was a longtime photographer, salesman and pressman before his passing at age 44 in January 2006. 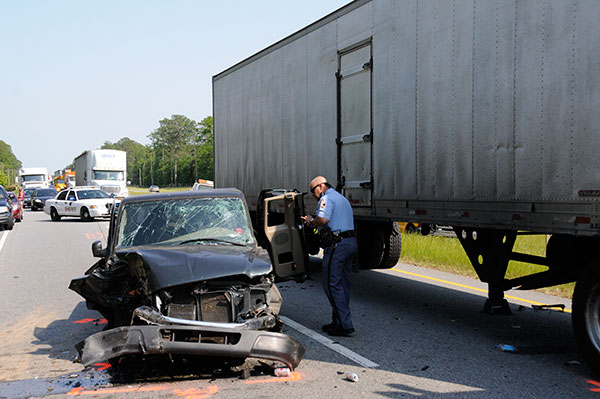