Students wowed by BC professors 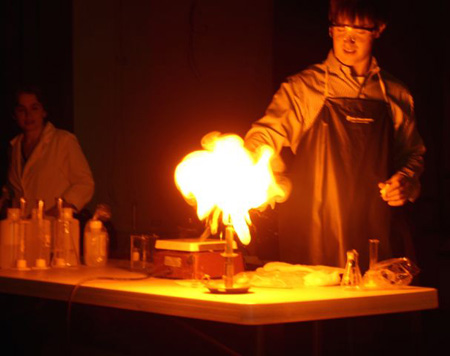 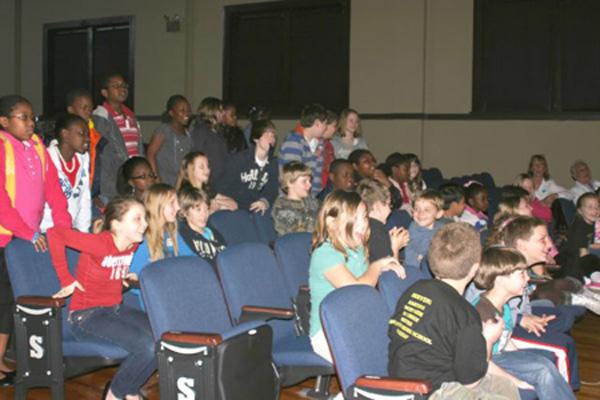 GRADY COUNTY STUDENTS at Southside Elementary School react to the chemistry demonstration as a mixture overflows from a beaker during the science demonstrations presented by the Bainbridge College Outreach Team. The team takes its talents and knowledge to area schools. Spring Semester 2011 it expanded the presentation to include physics demos in addition to chemistry. 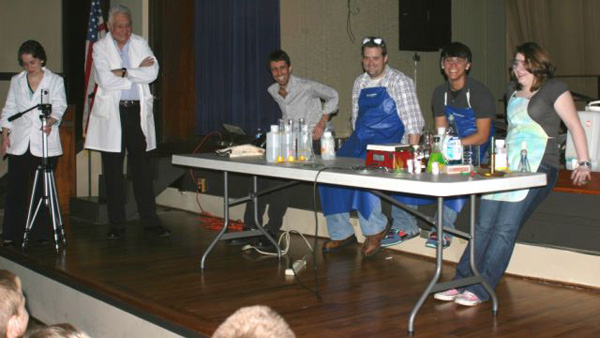 BAINBRIDGE COLLEGE OUTREACH TEAM members react to the “ohs” and “ahs” of Grady County students at Southside Elementary School as the children react after team leader Dr. Eric Dueno lit various elements that glow in different colors when they are on fire. Presenters, from the left, are Colette Galivan, Hector Dueno, Dr. Juan Gomez, and BC students Matthew Powell of Cairo, Caleb Long of Colquitt and Jana Simmons of Cairo. 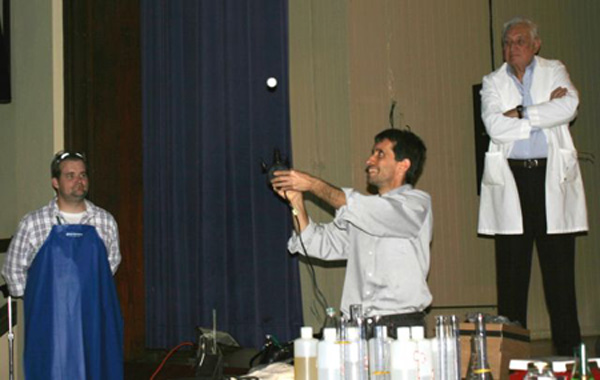 BC PHYSICS PROFESSOR Juan Gomez demonstrates a law of physics for Grady County students at Southside Elementary School in Cairo, as BC student Matthew Powell of Cairo, at left, and Hector Dueno, at right, look on. They participated as part of the BC Outreach Team during Spring Semester, taking science presentations to area schools.

The Community Outreach Team, created by chemistry professor Eric Dueno of the Bainbridge College (BC) Arts and Sciences Division, expanded its outreach to area schools, incorporating physics demonstrations along with the chemistry demos the team has presented each semester since 2009.

Students at Grady County’s Southside Elementary School were the first to see the expanded program. They were wowed, startled and impressed by the team’s fiery chemistry displays and fascinating physics laws, such as keeping a ping pong ball in the air and how holding a spinning bicycle wheel can make a person change directions.

BC students on the team were Cairo residents Matthew Powell, a pre-engineering major, and Jana Simmons, a pre-med major; Colquitt resident Caleb Long, a pre-nursing major, and Tanner Walker, of Bainbridge, a pre-vet major.

That interest in chemistry demos continues and motivated Dr. Dueno to establish the Outreach Team after coming to BC in 2008.

“As a faculty member at Eastern Kentucky University I had an opportunity to work closely with a professor there who helped me to develop my own demos,” Dueno said.

“When I came to BC I wanted to continue and expand upon this work. There is a tremendous amount of preparation that goes into a demo, I’ve been fortunate to have some talented people to help with these,” he said, complimenting the work of the students and the professional colleagues with whom he works.