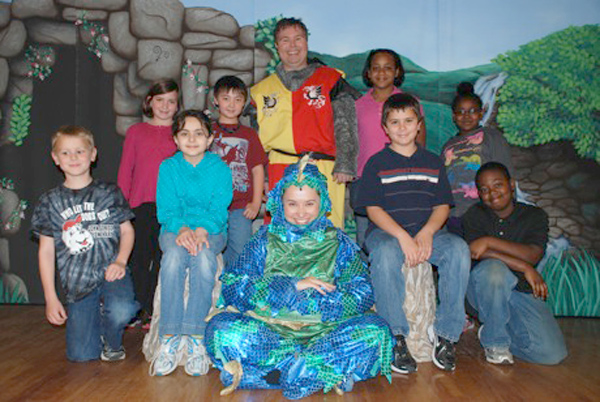 John Johnson Elementary School students, who earned the privilege of attending the March Dynamic Dawg Celebration for outstanding behavior and character, were treated to a play titled “The Reluctant Dragon.”

The play was performed by the owners and actors of the Atlantic Coast Theatre, Don Gruel and Noel Holland. Don and Noel have performed at John Johnson for the past four years and the students really enjoy the humor and the crowd participation that are incorporated into each scene.

By viewing this play, students were taught not to judge a book (or a character) by its cover. The dragon, played by Noel, was not your typical dragon. The Duchess (also played by Noel) insisted the Knight (Don) slay the dragon because she was a “terrible threat” to the village.

In the end, the Knight discovered that the dragon was not a fierce, fire-breathing dragon after all. Instead, she was a very kind and gentle dragon who loved Shakespeare!

Assistant Principal April Aldridge said, “We are very fortunate to be able to have performers of this caliber visit JJE on a regular basis, and it would not be possible without the financial support of the Decatur County Education Foundation.” 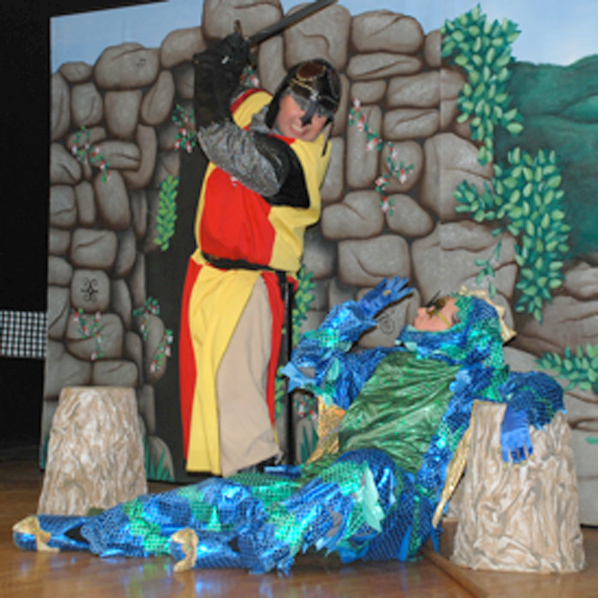 CAST MEMBERS from The Atlantic Coast Theatre are Noel Holland and Don Gruel.