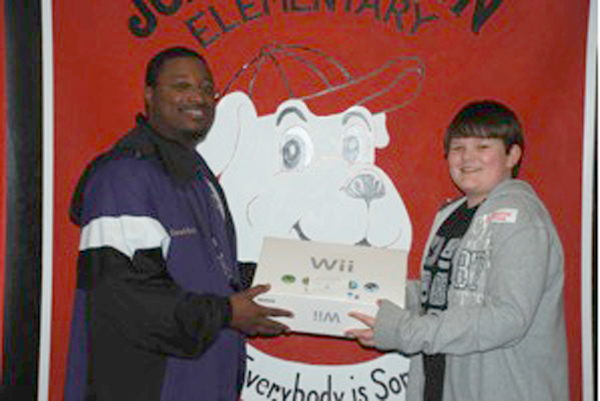 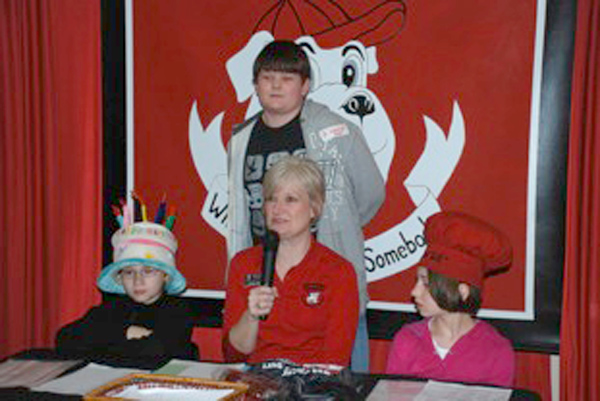 When John Johnson Elementary School alumnus Taylor Mims discovered that the school had a need, he jumped at the chance to help his former school.

John Johnson enrichment teachers coach Harold Smith and JoAnn Moore wished to expand their teaching methods to include Wii fitness and sports and other appropriate Wii games into their instruction.

Mims had several opportunities to sell his Wii system, but never felt it was the thing to do.

He was not playing it anymore, so his mom stored it away in the closet. When he and his mom read the post on the JJE website, he told his mom that he wanted to donate his complete Nintendo Wii system to his former school.

Taylor was invited to be a guest on the “JJE Morning News Show” and received an official John Johnson “Who Let the Dogs Out” T-shirt and water bottle.

The faculty and students of John Johnson would like to thank Taylor for his generosity and commend him on his commitment to help others.

Taylor is the son of Johnny and Lin Mims and is currently a seventh-grader at Bainbridge Middle School.