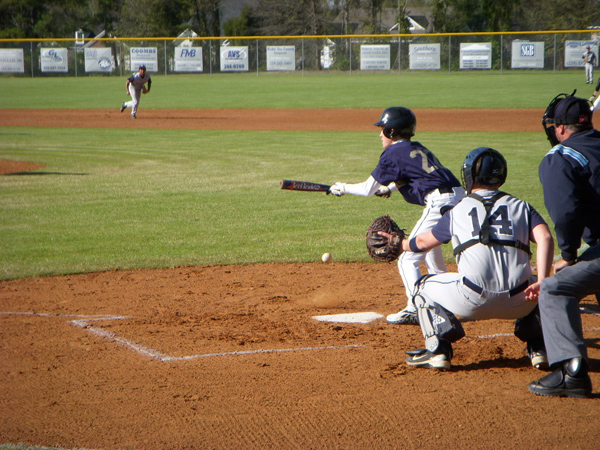 ANDERSON BAILEY of the Grace Christian Academy Cougars lays down a bunt against Open Bible Christian School of Valdosta.

Bailey leads the team in home runs with four, while Taylor and Grant McDonald and Carlisle are all hitting over .400.

The Cougars are quite young and they have seen major contributions from underclassmen as well as the juniors and seniors on the roster.

Kyle Harris and Brent Warr have done a stellar defensive job in left and right field. Carlisle and Anderson Bailey alternate between center field and first base, Murr said.

Jim Whitehead has played a very steady second base and helps anchor the infield along with Grant McDonald at third base and Taylor McDonald at shortstop.