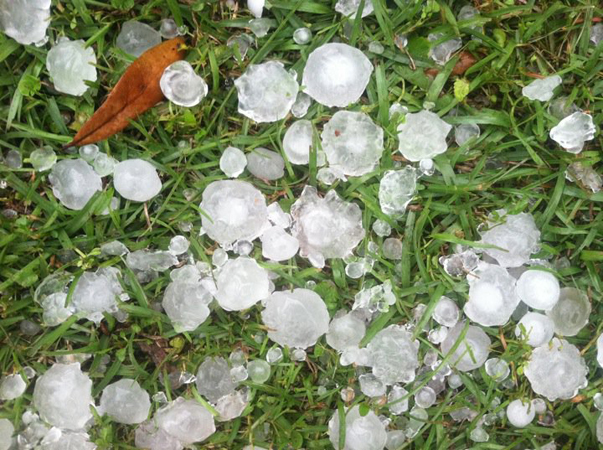 A thunderstorm brought hail, rain and damaging winds through Decatur County and the surrounding area early Sunday evening, according to the National Weather Service.

According to weather gauges monitored by the U.S. Geological Service and georgiaweather.net, anywhere between 0.55 and 0.93 inches fell on the corner of Southwest Georgia on Sunday.

0.55 inches of rain were recorded on the Flint River at Bainbridge, while winds gusting up to 25 miles per hour were recorded at the UGA Research Farm in Attapulgus.

A meteorologist with the National Weather Service (NWS) in Tallahassee, Fla., said the office received three reports of severe weather between 6 p.m. and about 6:30 p.m. Sunday.

Two separate reports from the Eldorendo community off U.S. 27 North indicated hail measuring between 0.88 inches and 1 inch in diameter, according to the NWS. There was also a report from a location approximately seven miles northeast of Bainbridge of a thunderstorm with damaging winds that knocked down numerous trees.

The strong storm began in Miller County and traveled south into Decatur County, according to the NWS. There were also reports of hail in Grady and Doughtery counties, according to area TV stations.

Cissie Franklin of The Money Tree, who lives off U.S. 27 North, told The Post-Searchlight of storm damage at her residence. Large hail fell at her home, damaging three vehicles.

“It looked like they had been hit repeatedly with a hammer,” Franklin said. “The palm trees in my yard were bent over by the wind and our pool was full of leaves and pine cones after the storm passed.”