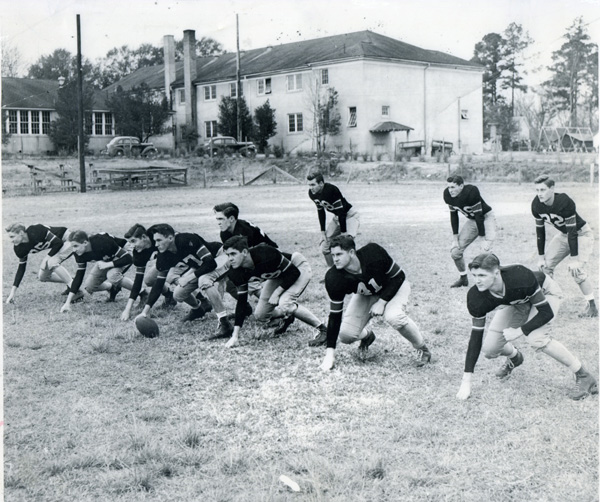 ED “SONNY” WHITE of Bainbridge, back right, lines up at left halfback for the Cairo High School Syrupmakers 1946 State Class B champion football team that was inducted into the Grady County Sports Hall of Fame last Saturday night. Lineman, from the left, are Bob Lashley, Judson Mayfield, Paul Tyson, Julian Hudson, Tom Hopkins, Tommie Greene and Earnest Brookins. The quarterback is Lewis Carr. In the back, are Roy Robertson, L.C. Collins and White.

The owner of White’s TV Sales and Service in Bainbridge for many years, White attended the Hall of Fame banquet at the Cairo Cultural Center along with teammates Tom Hopkins, who played left guard, Jack Drew, who played end, Julian Hudson, who played center, George Hurst, who played quarterback, and Bob Lashley, who played end.

The 1946 championship was the first of three state football championships the Syrupmakers have won.

White has many fond memories of that 1946 championship season.

“We had 27 players and one coach, Jeff West. At the beginning of the season, I think everybody on the team felt this would be our year,” White said. “We started with a bang, winning the first five games and that included victories over Americus, Valdosta and Thomasville.”

But then, to the dismay of the coach, fans and team, the Syrupmakers lost 13-0 to Tifton, which ironically Cairo would later play again for the South Georgia championship.

“We came back and won the next four games. Then since Bainbridge and Tifton had the best records, we were chosen to play each other again, this time in Moultrie, for the South Georgia championship,” White said. “This time we beat Tifton 40-0 and earned the right to face North Georgia champion Rockmart High School in Albany for the state championship.

He said there was nothing like being a senior at Cairo High School and playing on a state championship Syrupmakers football team.

“Out of all the things I’ve done, being a member of that state championship football team in Cairo in 1946 is one of the greatest highlights of my life,” he said. 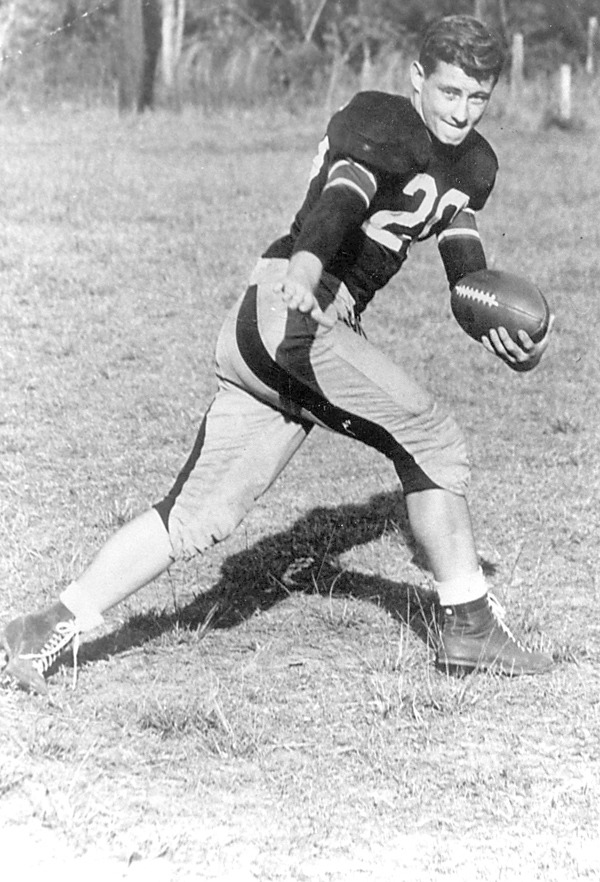 ED “SONNY” WHITE shows the form he used while helping lead the Syrupmakers to a football championship. 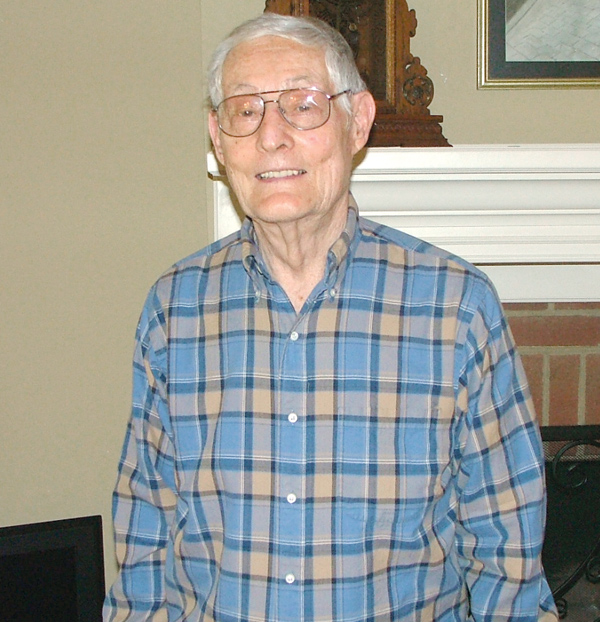