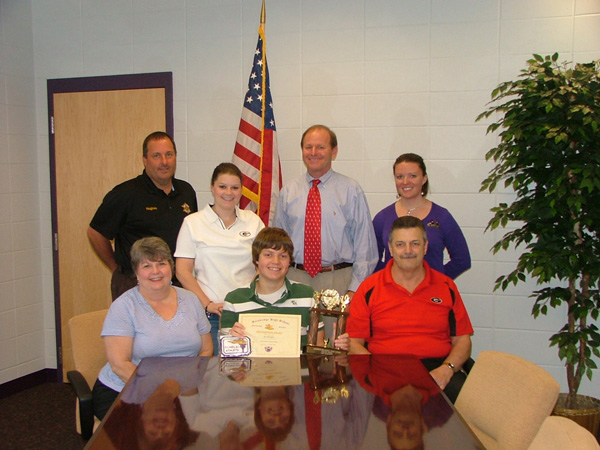 He earned the award by maintaining a perfect 4.0 grade point average and making a 1950 score on his Scholastic Aptitude Test.

Principal Howell and coach O’Mara described Slaughter as an exceptional student and hard-working runner who is very oriented toward achieving his scholastic goals.

Coach O’Mara explained that to be a scholar-athlete, you really have to be exceptional in the classroom.

“Scholar athletes have to have a minimum 3.5 grade point average, and a minimum score of 1,000 on the Scholastic Aptitude Test,” she explained. “Sam far exceeded that criteria. He also worked extremely hard in cross country competition. He is just an exceptional young man”