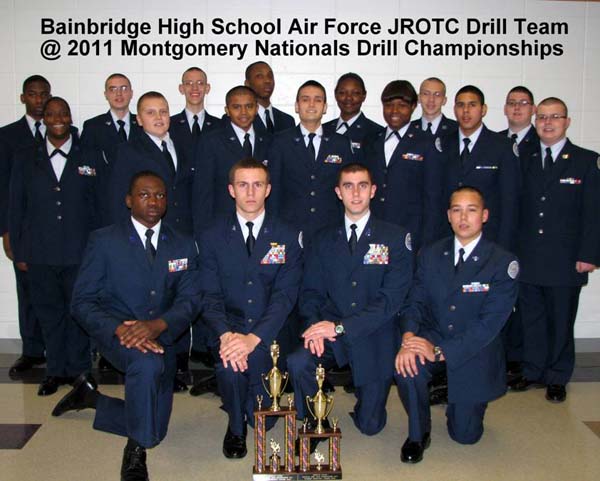 The team also competed in a number of other events including color guards and armed exhibition drill.

The team is now in preparation for the final drill meet of the season in Daytona Beach, Fla.