Bearcats even record at 2-2 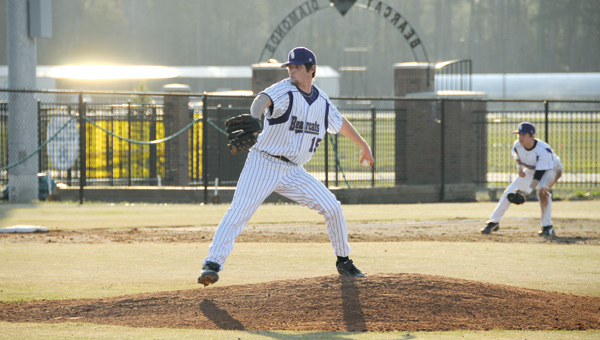 Coach Scott Miller’s Bainbridge High School Bearcats baseball team split a pair of games Friday and Monday to even their season record at 2-2.

On Friday in their final game of the Adidas Tri-State Invitational Tournament at Bearcat Field, the Bearcats bowed 6-1 to the Cairo High School Syrupmakers.

On Monday, they bounced back to defeat the Sneads, Fla., High School Pirates 13-8.

The Bearcats scored their Monday run in the fourth inning against Cairo.

Third baseman Blake Voyles drew a one-out walk to start the Bearcats fourth-inning rally. Voyles moved to second on a passed ball and came in to score on a one-out single by shortstop Steven Bench.

The Bearcats took command of their game with Sneads early, coming up with four in the first and three in the second to go ahead 7-1.

Key blow in the first was a two-run double by catcher Drew Kelley, third baseman Voyles and second baseman Sutton Reece, who drew bases on balls were aboard when Kelley connected.

The Bearcats added single runs in the third and fourth.

They were scored by left fielder Trevor Watts, who walked and moved to second and third on passed balls, and Reece, who walked and came in on a one-out double by Kelley.

The Bearcats will return to action Thursday when they host the Marianna, Fla., High School Bulldogs at 5:30 p.m. at Bearcat Field. Saturday they will travel to Marianna for a 7 p.m. game against Liberty County, Fla., High School at Chipola, Fla.