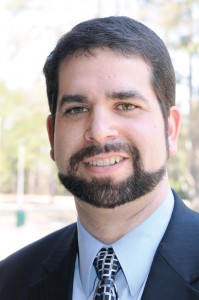 Because of Bainbridge College’s unique blend of transfer students and technical studies students, the governor’s proposal to cut back HOPE benefits could hit particularly hard for BC students.

New Bainbridge College President Richard Carvajal said in an interview Wednesday that proposed HOPE scholarship changes and the possibility of a tuition hike could have a compound effect.

“We know that we have some students who as early as next year, who have struggled to make their dream come true here financially, will find it getting much more difficult,” Carvajal said.

Gov. Nathan Deal has proposed—in order to save the lottery-funded HOPE program—to cut some aspects of it. The Georgia General Assembly is still to take up the issue before any changes take effect.

For technical students, the proposal requires students to earn a 3.0 grade point average by the first HOPE check point. Approximately two-thirds of Bainbridge College’s students are enrolled in technical programs.

The coming changes could represent a $1,500 overall impact for the average fulltime BC student, Carvajal said.

“It will have an absolute effect on Bainbridge College. There’s no question about it. It had to be done, but we don’t know how it’s going to shake out,” Carvajal said.

On top of the HOPE changes and a possible tuition hike, Carvajal said it’s likely the college could see a 9 percent cut in its state allocation, but what’s different is the funding formula that has offset those cuts in the past may not be there.

“The cut we are taking in allocation money is a real cut without significant offsets to re-fund the amount lost,” Carvajal said.

There is also a proposal by President Obama to change the Pell Grant funding, capping its funding to two semesters instead of the current funding of three semesters. Carvajal said if that proposal is passed into law, students who use the Pell grant to fund their tuition for the summer semester could be forced to cut back and attend school only during the fall and spring semesters.

The new president officially started at Bainbridge College on Jan. 10, and is just now settling into his home. He and his family lived at a local hotel for more than a month.

Carvajal was vice president of student services at Cascadia Community College in Bothell, Wash., when he was chosen to replace retiring President Tom Wilkerson. At age 39, Carvajal says he is perhaps the youngest college president in the University System of Georgia.

He said he’s excited about the possibilities Bainbridge College offers to the community, and particularly to the students we see the college as a change agent in their lives.

As he said, “We are an institution committed to truly changing lives,” Carvajal said. “That students who come here come here because this is their shot, and that’s really appealing.”

Carvajal said that Wilkerson left the college with the cupboard full and the table set.

Wilkerson and Carvajal met and talked often prior to Wilkerson’s departure in December that there were no hanging issues or unresolved problems. Unlike Wilkerson’s tenure, that was marked with “fixing” the Kirbo Center and bringing the Early County Site into the Bainbridge College fold, Carvajal said he’s beginning to set into motion long-term, strategic planning.

Perhaps this week, Carvajal said he hopes to release the college’s strategic plan, which will contain what he called aspirations that the college has adopted for itself.

With the questions and feedback he’s received from the BC faculty and staff, as well as students, Carvajal said the strategic plan is “What are the characteristics that truly define who we are? And what are those that we aspire to be?”

Carvajal said in the previous institutions he worked for that each one had a strategic plan.

But not Bainbridge College.

“It occurred to me that I have spent the better part of six months actively engaged in this institution, and just sort of being embarrassed, that I could not sum up in the same way (as the previous community colleges) what made Bainbridge College what it was,” Carvajal said.

The new characteristics that will be enumerated are instructional excellence; a focus on the whole person through expanded programs, new traditions and increased effort to build community; an emphasis on serving our communities; a commitment to diversity and equality, and a commitment to proactive, rather than reactive, planning.

SHERIFF’S INVESTIGATORS talk to each other on Broughton Street during a coordinated effort on Wednesday morning between Bainbridge Public Safety... read more