Dominguez to play in all-star game 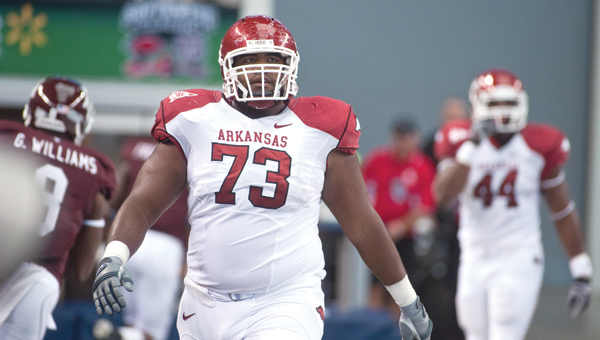 Dominguez will suit up in the NFL Players’ Association Game, which has the theme of “Texas vs. the Nation.” The game will take place at the Alamadome in San Antonio, Texas, on Saturday, Feb. 5, starting at 2 p.m. It will be televised by the CBS College Sports Network, available on cable and satellite.

Dominguez, a three-year starter for the Razorbacks on the offensive line, will play for the Texas team’s offense. The game will be attended by dozens of scouts for teams from the NFL, Canadian Football League and Arena Football League.

The Nation team coach is Jerry Glanville, formerly the coach of the Atlanta Falcons, who has extensive collegiate and pro football coaching experience.